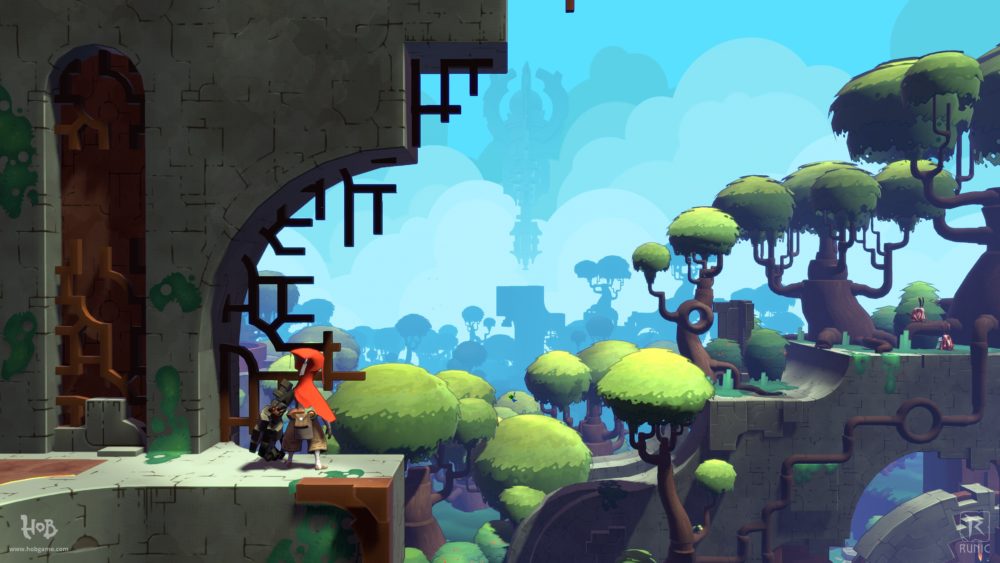 Yesterday at PAX East it was revealed that popular porting company Panic Button would be porting two games over to console: action adventure Hob to the Switch, and dungeon crawler Torchlight II to yet unnamed consoles.

Both games are by Runic Games, which was shut down by its parent company Perfect Worlds in 2017. While Hob is already available on PC and PS4, the new version Hob: The Definitive Edition will be a Switch exclusive.

Hob is a fantastical action adventure game of forests and machines, where you try to repair the unforgiving world as you travel, platform and battle your way through it. By solving the puzzles you find in your journey you can transform the landscape as you play.

The updated version will come complete with touchscreen controls, as well as a new and improved interface, quality of life improvements, and HD rumble. Hob: The Definitive Edition will be launching digitally on the Switch eShop on April 4.

Torchlight II is the steampunky sequel to the classic role playing dungeon-crawler. There’s treasure aplenty to be had as you hack and slash your way through the sprawling randomized worlds. The game rose to popularity thanks to features like new game plus and mod support, as well as the customizeable way you can play. And you can even have pets.

While Panic Button is also in charge of porting Torchlight II, it’s still not announced which consoles the game will be coming to. This is pretty unusual, as Panic Button is considered to port to the Switch almost exclusively. They’ve been known to port a number of big titles, like Warframe, Wolfenstein, and Doom, over to the Switch, so it would likely and easy to assume that Torchlight II would simply be getting a Switch release.

This omission means it’s probable the game will be releasing on all consoles, but that Panic Button just aren’t quite ready to announce it yet, as they haven’t yet announced a release date.