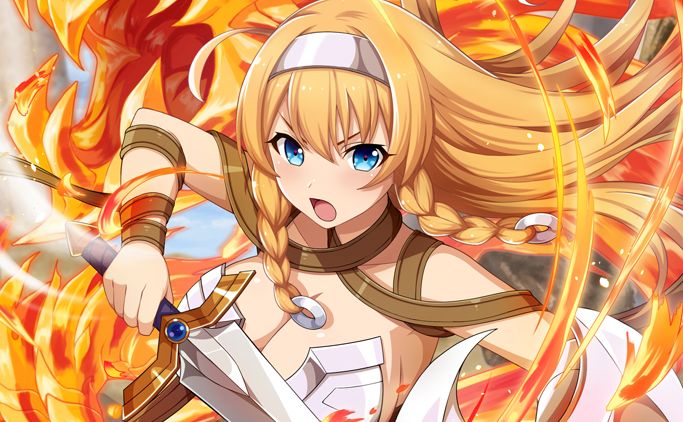 While the game is being released to celebrate the 10th anniversary of the PSP classic Queen’s Blade: Spiral Chaos, it’s not a console game. It’s a browser game playable on PC and smartphones.

While it’s in Japanese, there is no hard region lock, and you can play here regardless of where you live. As an additional bonus, the account registration is in English. The only small issue is that you need to specify “Japan” as your region when you create an account. Any other answer will leave you high and dry.

If you’re unfamiliar with the Queen’s Blade series, it’s a light novel franchise that sparked a ton of manga, anime, and tons of merchandising. It’s extremely popular in Japan and known for massive amounts of fanservice.

The game is based on the new OVA series Queen’s Blade: Unlimited, but characters from other series will also appear.

If you haven’t already understood that by now, the game is very fanservice-driven, so if quite a lot of exposed skin (with no actual naughty bits in sight. You probably know the drill) isn’t your cup of tea, this game probably isn’t for you either.

As a matter of fact, it’s officially defined “Armor Break RPG” as the objective to win battles is to break your opponent’s armor. Once more, if you’re familiar with Queen’s Blade, you most likely already know the drill.

Since this is a free to play game, there is obviously a gacha element, in the form of action cards with rather fetching illustrations, which the player can be used to unlock and empower the heroines of the game. Incidentally, you play a talking cat, because who doesn’t want to be a talking cat?

Below you can check out the new trailer (which is slightly unsafe for work), and a look at some of the cards that will be released in a new gacha on March 19.

Incidentally, I advise playing on mobile unless your PC has a touch screen because certain “touchy-feely” parts of the game are pretty awkward to play with a mouse.