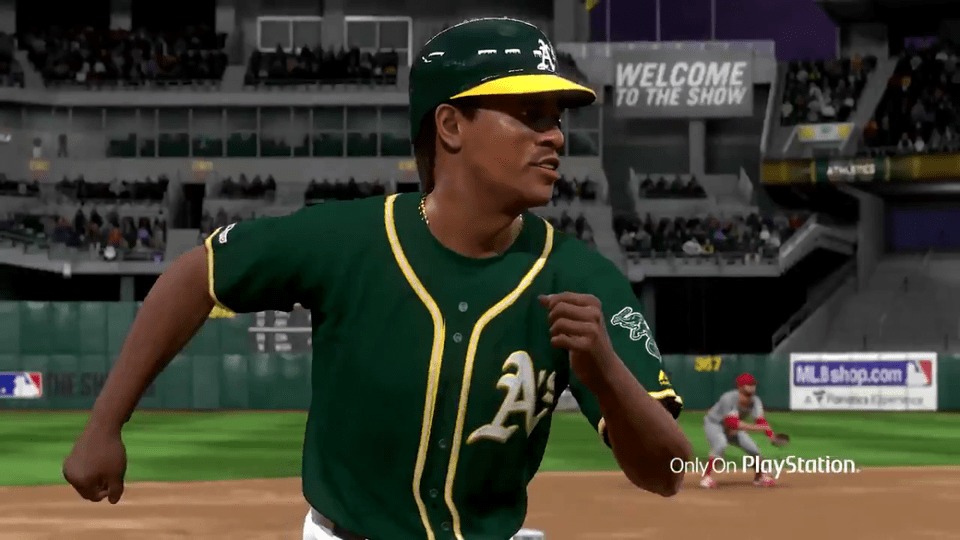 The steal in baseball is one of the most exciting plays. It’s unexpected, out of nowhere, and always leads to someone getting upset on one of the sides of the ball. Here’s how to steal in MLB the Show 19. We’ll dive into RTTS’s version of the steal which is a little bit different than the all of the other game modes (assuming you’re not controlling an individual character).

Whether you’re playing RTTS, Diamond Dynasty, the new Moments, or whatever, base running in MLB The Show 19 can be a bit confusing because there’s a lot of buttons to press, and there’s a lot going on.

Messing up a steal or any other base running move can be extremely frustrating because it can lead to unnecessary outs that are just killer when you’re going up against pitching that’s hard to score off of, especially online.

Stealing Normally in MLB The Show 19

If you’re controlling all the players on the field, and not just one in particular, you need to first select the player on base that you want to send to steal.

If you only have one runner on base, or you want to send everyone regardless of the bag they are on, you can just tap L2 once pre-pitch. Don’t keep tapping it though because that will command the runners to steal pre-pitch (unless that’s what you want to do for whatever reason). Generally, that’s a bad idea, and will lead to you getting picked off.

To steal a base in RTTS is a little different than the other MLB The Show 19 game types when you’re not controlling just one player. When you’re controlling a single player, you’re playing from their perspective and so all of the buttons are changed, and base running is completely different.

To steal, you need to look at the prompt in the top right corner and then see what the button is for “Advance” which may be different depending on what base you’re on, and then press and hold that button when you’re ready to go.

Your goal is to time your advance with the pitcher just starting his throwing motion. If the pitcher decides to try and pick you off, you need to quickly hit the button for retreat, which will send you back to the bag.

You’ll probably want to take at least a one step lead, and to do that tap L1. You can press R1 if you want to go back closer to the bag. Taking anything more than a one step lead is risky and even that is risky itself. Make sure you have great base running skills if you’re going to try and pull off anything more than a two step lead otherwise you risk getting picked off easily.

Finally, in RTTS, you can use showtime to slow things down and help make all of the above easier. You can do that by pressing and holding L2.

That’s all you need to know for how to steal bases in MLB The Show 19. Best of luck swiping bags this season.