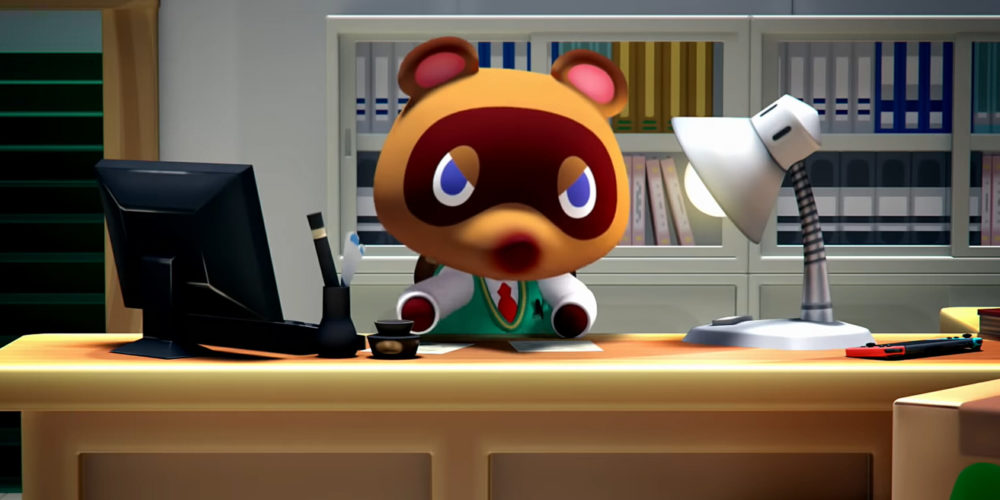 The Switch has brought Nintendo phenomenal success, an upward trend the likes of which we saw with the Wii or original DS. While it may not eventually hit the same heights, you can’t argue that the Switch has had a fantastic first two years, supported by a wealth of strong software.

With the system’s third year now in full effect, it’s looking like it could be even bigger than the first two, should everything go Nintendo’s way, that is.

The first few months of 2019 have been decent for Nintendo fans, but not outstanding, similarly to 2018. January brought us yet another stellar rerelease in New Super Mario Bros. U Deluxe, while also providing a third-party Switch exclusive in Travis Strikes Again: No More Heroes.

Since then, we’ve basically seen a wealth of smaller releases or ports like Tales of Vesperia: Definitive Edition, Steins;Gate Elite, Final Fantasy IX, The Lego Movie 2 Videogame, and Tetris 99. It’s nothing mindblowing, sure, but there continues to be a steady stream of content for Switch owners.

While the first couple months may have been slow, the rest of the year is looking like it’ll really pick things up for the Switch, especially in terms of first-party games. March kicks all of this off with the first original Nintendo game for Switch in 2019, Yoshi’s Crafted World.

With the success of their other stylized platformers, Kirby’s Epic Yarn and Yoshi’s Wooly World, the new Yoshi game is certainly one that could make a big splash.

Of course, things really kick off for the big N in June with the release of Super Mario Maker 2, a game that holds almost limitless potential for the growing Switch userbase. Just a few weeks later we get the highly anticipated release of Fire Emblem: Three Houses, the first console Fire Emblem since Radiant Dawn on the Wii.

A recent surprise reveal added to the mix is Astral Chain, launching in August, an intense looking exclusive from Platinum Games that has you playing as a police unit in an anime-cyberpunk inspired setting.

While we don’t yet have dates for the rest of the year’s planned releases, there’s still a ton coming. Animal Crossing, Dragon Quest XI S, Daemon X Machina, Luigi’s Mansion 3, Marvel Ultimate Alliance 3, Pokemon Sword and Shield, and The Legend of Zelda: Link’s Awakening are just some of the games confirmed to be coming in 2019.

Needless to say, Nintendo’s year is stacked, but more than likely that’s not all we’re going to see. In the next few months, up to and including E3, we’re likely to get release dates for all of these games.

November is usually the month for a big marquee title, so it seems likely that Pokemon Sword and Shield will hit then, similarly to when Let’s Go Pikachu and Eevee launched. September would be a great month to launch the Link’s Awakening remake, as it’s a month that’s traditionally slower in the video game industry.

Considering Marvel Ultimate Alliance 3 has been given a “Summer” release window, it seems like a sure bet for the big Nintendo title of August, along with Astral Chain, helping to pad out a month potentially devoid of a first-party title with two third-party exclusives.

September would also mark the one year anniversary of Dragon Quest XI’s launch in the West, making that a perfect time to release Dragon Quest XI S for Switch.

Elsewhere, you can bet on Luigi’s Mansion 3 and Animal Crossing taking the October and December release slots, unless some other surprise crop up.

Third-party releases can then be peppered in between these big releases; games like Final Fantasy Crystal Chronicles Remastered, Digimon Survive, Bloodstained: Ritual of the Night, Rune Factory 4 Special, and more.

It also wouldn’t be unrealistic to expect more ports of big games, especially RPGs. Titles like Ni No Kuni II: Revenant Kingdom, Tales of Berseria, Kingdom Hearts: The Story So Far, and Vampyr all seem like potential games we could eventually see come to the handheld-hyrbrid.

Before we get to E3, the most likely announcement we’ll see is Persona 5R for Switch, whether that’s the official name or not.

When Persona 5R was officially teased back in December, Atlus said more information would be coming in their March event, and with Joker joining the Smash roster in April it’s an absolute no-brainer that Persona 5 would come to Switch, even if it’s after an enhanced PS4 version.

This is especially true considering Atlus is already throwing their support behind the console with Shin Megami Tensei V.

In early February it was reported that Nintendo has multiple unannounced titles it plans to release in 2019, and while February’s Nintendo Direct no doubt announced some of those, it seems likely there’s another surprise they’d hold for E3.

Last year we heard rumors left and right about a Star Fox: Grand Prix title developed by Retro Studios, but nothing from Nintendo has remotely confirmed this. Yet, it’s incredibly odd that we haven’t seen anything from Retro since the 2014 release of Donkey Kong: Tropical Freeze, the Switch port notwithstanding.

Although we know Retro is now working on Metroid Prime 4, the studio has to have been working on something for the last four years. Whether it’s a Star Fox game or not, a brand new Retro game with a firm release date would be a fantastic surprise for Nintendo to drop at E3.

It also seems likely that we’ll see the announcement of Fire Emblem: Three Houses DLC plans at the show, considering the last four Fire Emblem games have had a decent amount of post-launch DLC content.

Another sure bet for E3 is the announcement of at least one more character for Smash Bros, and our money would be on Erdrick from Dragon Quest or Steve from Minecraft.

A few other potential things we could see at E3 is the official announcement of Pikmin 4, a release date for the Switch-exclusive Shin Megami Tensei V, full gameplay reveal for Bayonetta 3, a western release for Yo-Kai Watch 4, a full gameplay reveal for Mario Kart World Tour on mobile, and perhaps even another Zelda game if rumors are to be believed.

The final thing that we’ll probably see in 2019, sadly, is the end of support for the Nintendo 3DS. Although the company has said they’ll continue to support the handheld, software releases have certainly trickled down to a crawl.

At this point, the only notable release we know of is Persona Q2 in June, and it’s very unlikely we’ll see anything else huge get announced.

Still, with how much content is announced and coming for the Switch, the slow phasing out of the 3DS honestly isn’t that upsetting. Nintendo has fully entered into their next phase, and if the list of releases is anything to go by, the Switch is only just hitting its stride.