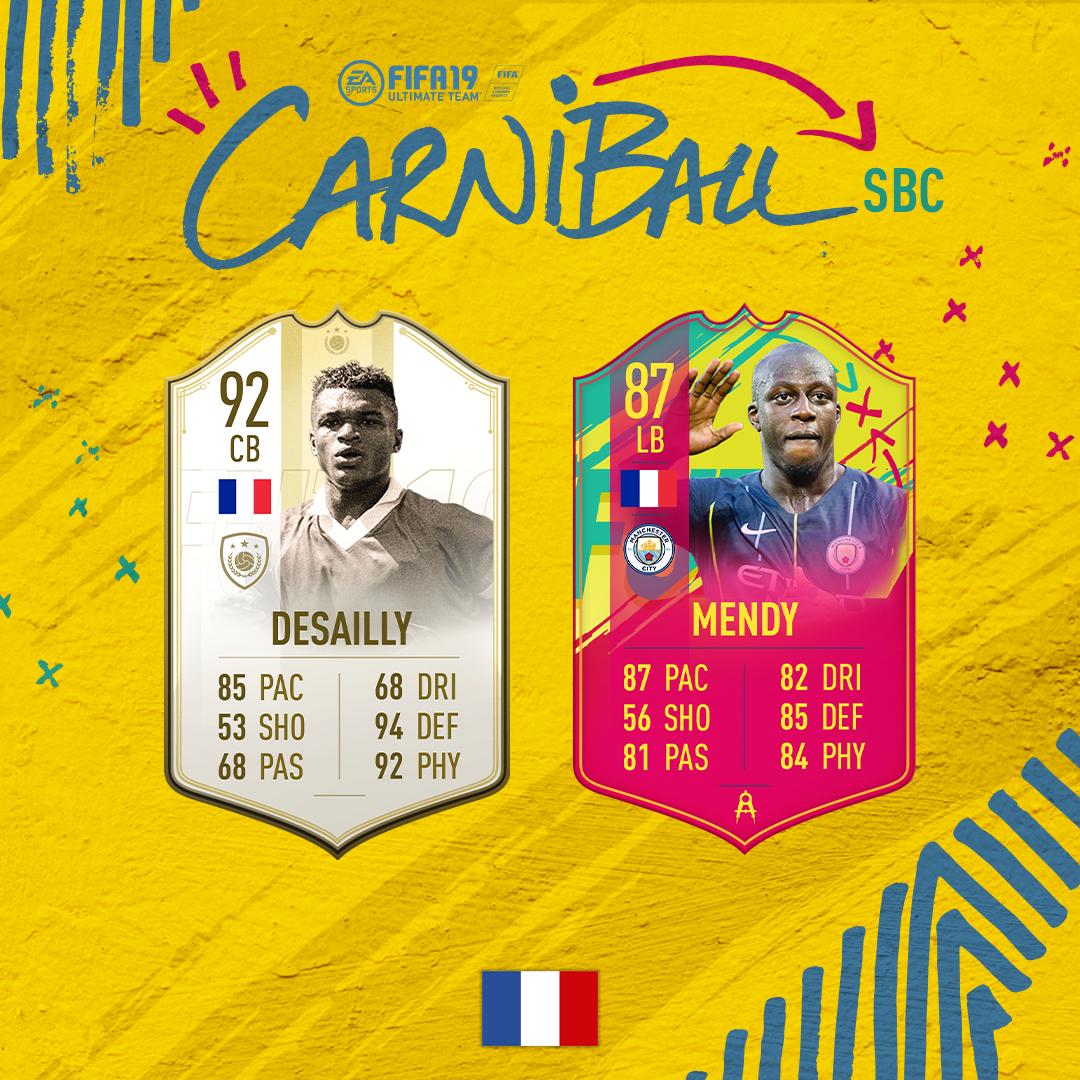 How to Complete Carniball Mendy SBC in FIFA 19

Following Brazil on the first day, it was France’s turn in the FIFA 19 Carniball promo. Here is everything you need to know about how to complete Carniball Mendy SBC in FIFA 19.

The SBC is quite expensive, coming in around the 170k coins mark. It looks to be one of the best Premier League left-backs in the game, though. Here are the requirements.

Thankfully, while both parts of the Carniball Mendy SBC are expensive, they’re also quite easy. Since all 84, 85, and 86 rated players are low in price in FIFA 19 currently, you’re not really limited by league or nation.

Also, due to only needing 70 chemistry for the second squad, you can move players around to different positions or not stick to one league.

For the Les Bleus section, though, the best thing to do is just stick with one FIFA 19 league, and it can be any league that has players of the requisite rating. If doesn’t have to be Ligue 1 just because of the France players requirement.

You can opt for any league in the second part of the Carniball Mendy SBC because you will be able to slip in the two TOTW players wherever you need due to only needing 70 chemistry.

For the TOTW players, be sure to pick on from the current TOTW in FIFA 19 because they’re actively being packed, keeping their price down.

That’s everything you need to know about how to complete Carniball Mendy SBC in FIFA 19. For more tips and tricks on the game, be sure to search for Twinfinite.