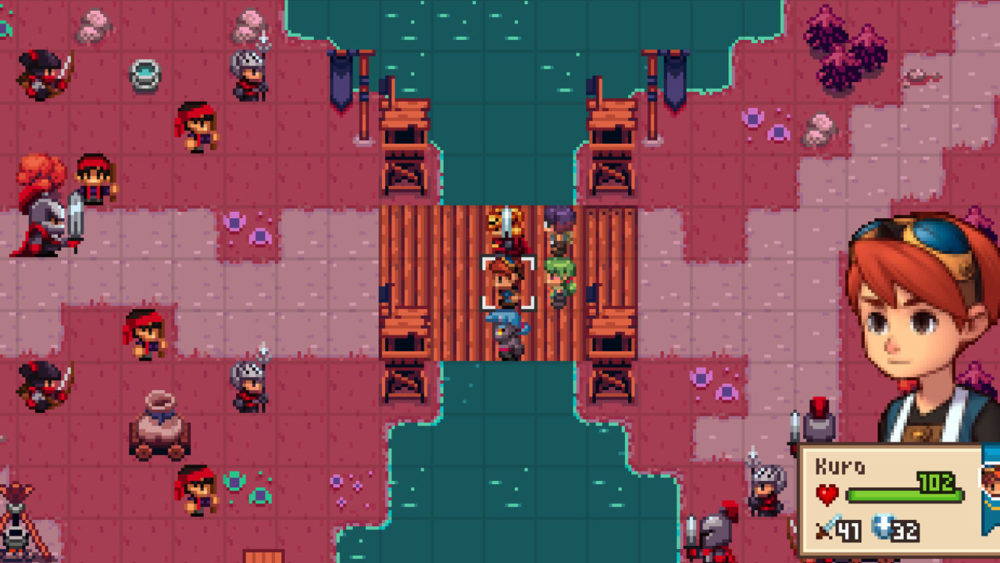 How to Switch Characters in Evoland 2

Evoland 2: A Slight Case of Space Time Continuum Disorder does plenty of interesting things with its gameplay design, but as a result it can be a bit unclear how to switch characters as you jump between each style in Evoland 2.

Switching from 2D to 3D graphics, turn-based to real time combat gameplay and everything in between, Evoland 2 keeps players on the fly with a revolving array of gameplay mechanics.

While novel, this can result in some confusion on what mechanics carry over and which don’t; namely, whether you can switch party members.

Fortunately – or unfortunately, depending on how you view it – this mechanic remains largely unchanged throughout your time with the game, in that players can’t change party members outside of temporarily summoning them in for special attacks.

How to Switch Characters in for Attacks

Whether in the game’s top-down action RPG style of gameplay or its turn-based JRPG design, players can’t switch characters outside of temporarily summoning them in for special attacks.

This is done by pressing the Tab button while using keyboard controls, with the corresponding button for the Nintendo Switch, PlayStation 4 and Xbox One varying based on which control scheme is chosen from the main menu.

Otherwise, the game never allows you to swap out your controlled character in any permanent ways. Instead, you always play as the game’s protagonist Kuro, the amnesiac protagonist and lead of the game.

It can be a bit of a bummer, especially since the title is full of creative and colorful characters with more personality than Kuro, but overall it isn’t the worst of design choices and is easy enough to get past.

Hopefully that cleared up whether you can switch characters in Evoland 2. for more on the game, check out our guide on how long it takes to beat the game.

Age of Calamity: Best Weapons For Each Character
Breath of the Wild: How to Get Fierce Deity Armor
Pikmin 3 Deluxe: How to Get Blue Pikmin