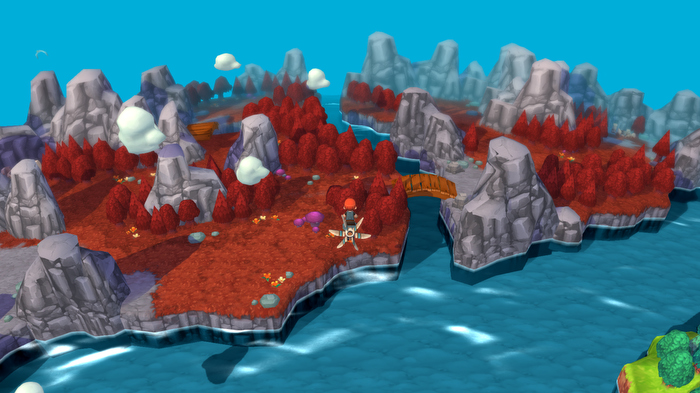 How to Get the Flying Machine in Evoland 2

If you’re looking to do everything you can in Evoland 2: A Slight Case of Space Time Continuum Disorder, you’ll want to know how to get the flying machine sooner rather than later.

Acting as an airship that players can use to travel across the world quickly, the gadget is necessary to access areas in the game that don’t have ports for access via boat.

It seems simple enough to get one’s hands on too, as you use it as part of the game’s story during a segment in the past.

However, obtaining it for use throughout the rest of the game requires you to jump through a few specific hoops.

How to Fix the Broken Machine

After crashing the flying machine in the past in Evoland 2, you’ll need to go to the future to find the wreckage of the prototype before it was repaired and given to you in the past.

The wreckage can be found at the top of the pyramid after completing the Street Fighter boss fight, though when you interact with it you’ll be prompted to leave it alone.

After this happens, you’ll need to go to Windy Valley in Evoland 2 and speak with a man named Sid, a man looking for said prototype.

With one, he can build you a flying machine, though he’ll only agree to do so once you’ve exhausted all of his dialogue and heard him out instead of mocking him.

Once you’ve done this, go back to the future in Evoland 2 and examine the flying machine wreckage again. It should now allow you to pick it up.

Once you have the wreckage, travel back in time to Windy Valley and give it to Sid. He should then get to work on repairing the prototype, handing over a functioning flying machine shortly there after.

Hopefully this cleared up how to get the flying machine in Evoland 2. For more, check out our guide on how long the game takes to beat.