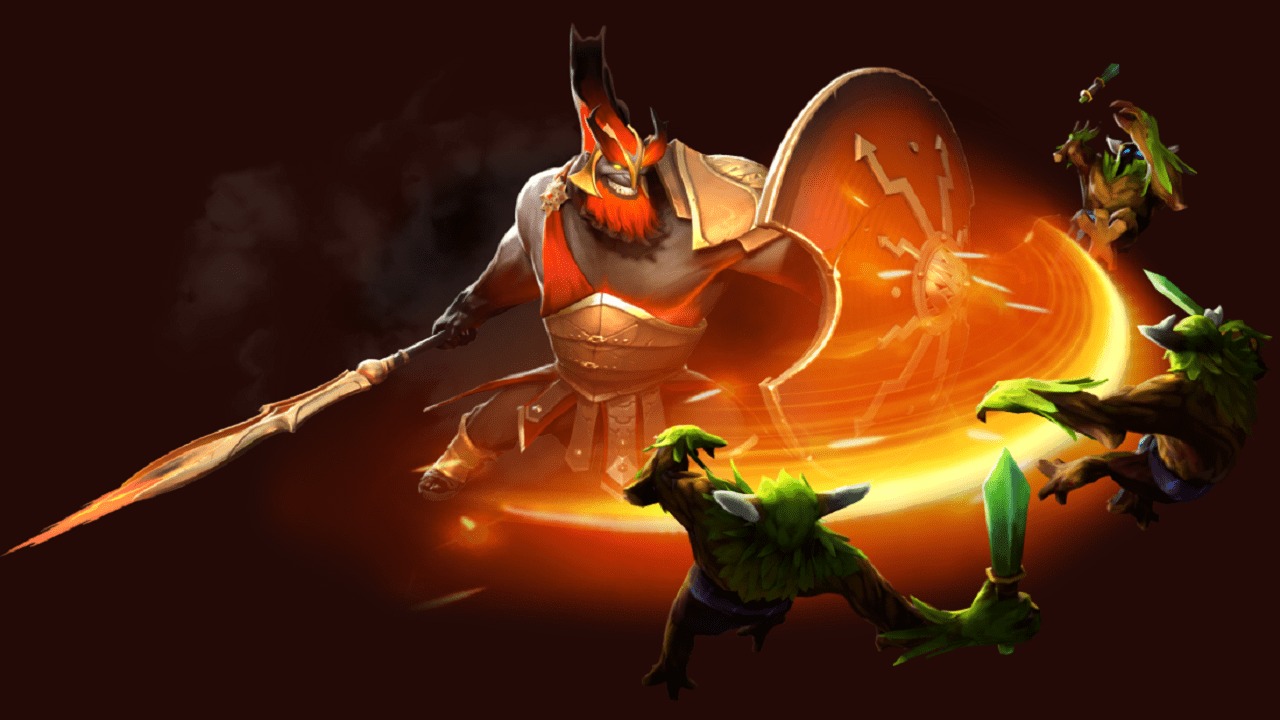 DOTA 2 players can now play as the multiplayer game’s newest hero Mars. Known as the god of war and first son of heaven, Valve released Mars with a detailed description of what players can expect when they play him.

“Abandoning the callous ways of his past and embracing a new identity unburdened by the legacies of his father’s archaic pantheon, Mars has turned over a new spear. Vowing to tear down the remnants of the savage old world to build a new empire, Mars is at last ready to assume the true mantle of leadership over gods and men, a position he now realizes has been wasted for eons by the petty whims of Zeus.”

Before entering the arena in DOTA 2, Mars spent time fighting crusades in the heavens. He’s a born fighter who seeks his place as a ruler among a new kingdom. He’s pulled straight from Roman mythology and is a hero bent on destruction and making his own path.

Mars comes with four attacks to take down minions and enemies in DOTA 2. Using his spear, the god of war can throw it at enemies, skewering them and pushing them back. It’s also capable of impaling them on a wall.

God’s Rebuke bashes enemies directly in front of the go with his shield. Driving them away from Mars and scoring a critical hit.

Bulwark Mars wields his massive shield to block a portion of each physical attack when struck from the front or sides.

Arena of Blood Mars summons a group of undead Ash Legion warriors. Each one defends Mars against enemy attacks and movement. All heroes opposed to Mars who come close to the area will be attacked by the undead’s spears, pushing back enemy forces while dealing damage.

Mars joins the ranks of 115 other playable heroes in DOTA 2.