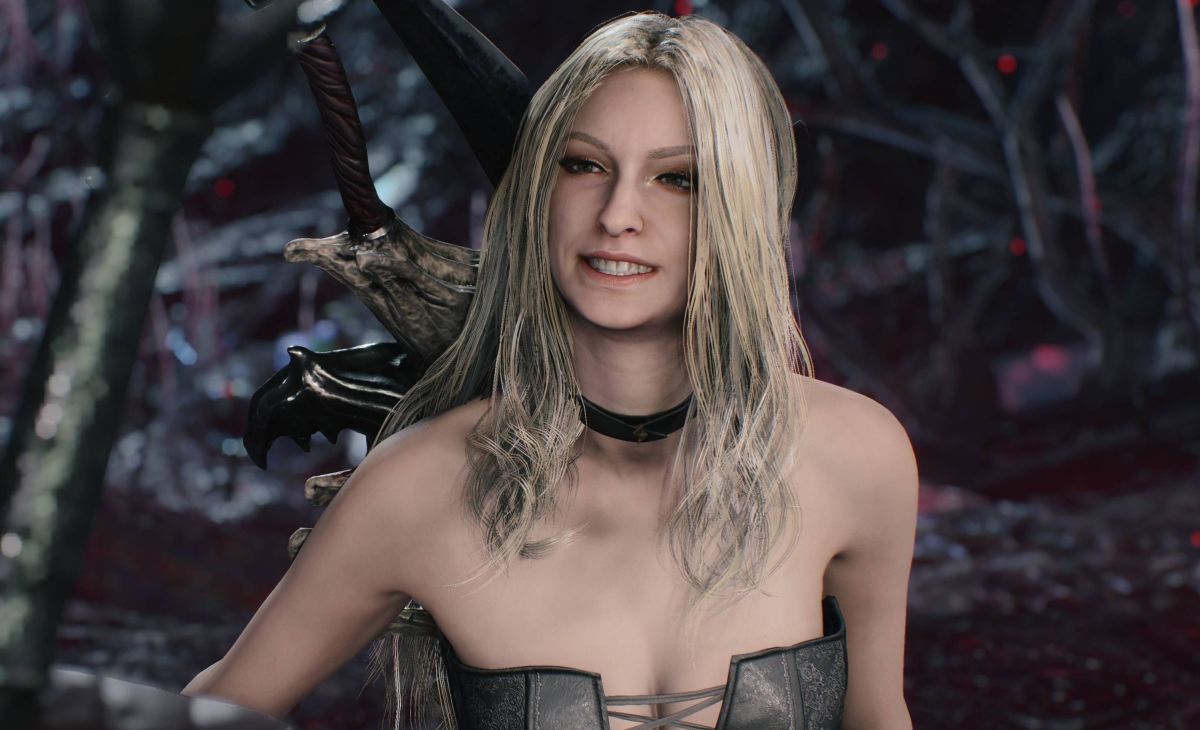 With the worldwide release of Devil May Cry 5, it became quickly apparent that there is a difference between different versions of the game, which is slightly more censored in western PS4 copies.

Do keep in mind that the scene showcased in this article can be considered a spoiler and it’s pretty unsafe for work, so if you have not played the game just yet, and if you’d rather go in blind, I encourage you to avoid scrolling down to the gallery.

A few hours into the game a relevant female character appears completely naked. While on Xbox One and PC this is fully visible (even if no naughty bits appear due to the camera angle), on PS4 it’s censored by the usual infamous set of lights that visual novel players have gotten used to by now on Sony’s platform. Only this time they’re in 3D, and in a triple-A game.

Apparently, this bit of censorship has been applied by the day one patch on PS4, so you can avoid installing it to “turn off the lights.”

An interesting additional detail (discovered by YouTube user Naughty Gaming 2) is that this censorship has been applied only to the western version of the game on PS4. The Japanese version on Sony’s console is identical to the Xbox One and PC in this.

In case you already played the game or you’re not afraid of a spoiler and imagery that is slightly unsafe for work, you can check out the images for all platforms below. All the images have been captured from streams going on at the moment of this writing and running the latest versions of the game on the respective platforms.

It’s worth mentioning that this isn’t the only censored scene in the game. There is another one in which a character appears naked from behind (with a direct camera angle that shows a bit more). This scene is censored with the aforementioned light on every platform and region.

If you want to learn more about Devil May Cry 5, you can read our enthusiastic review. You can also check out our wiki full of guides to help you out with some of the most challenging aspects of the title.

The images below are in the following order: PS4 Western Version, PS4 Japanese Version, PC, and Xbox One. 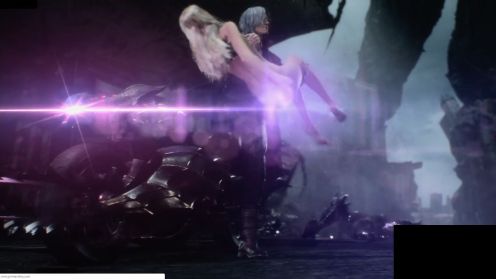 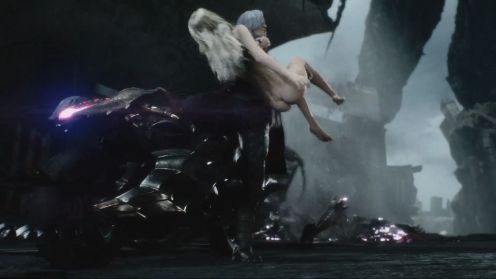 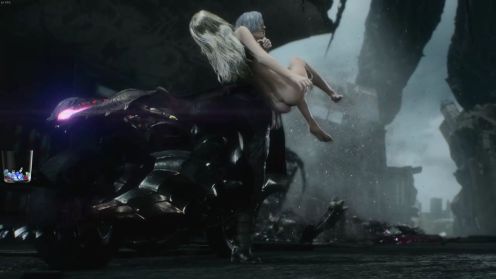 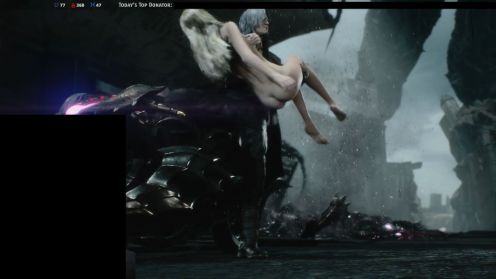 [Thanks for the tip: Machiavelli and Zach Z]