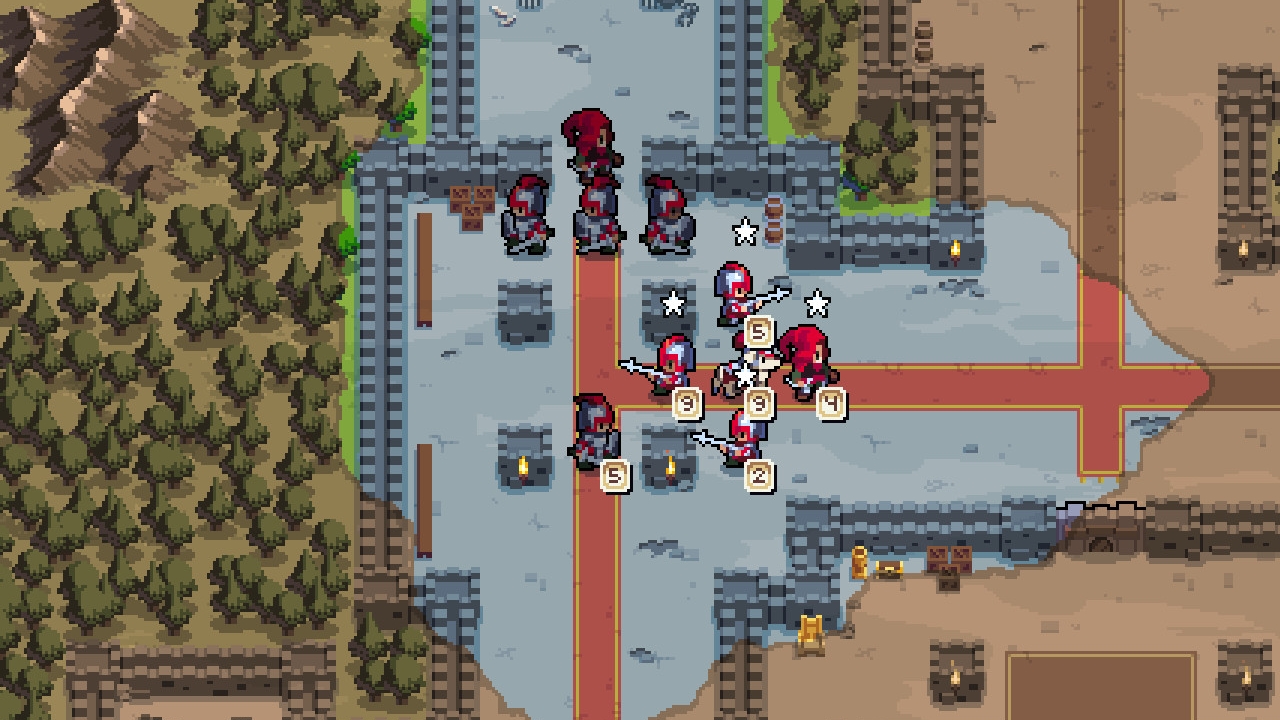 Following a recent live stream, Chucklefish has published a list of community-inspired changes that they’ll be featuring in a future Wargroove patch.

The live stream, which you can watch here, featured Chucklefish team members going over a series of patch changes taken from community feedback. There are also several quality-of-life updates in the works to make everyone’s Wargroove experience easier.

This stream was followed by an announcement post on the official Wargroove subreddit which outlines the discussed changes. These include the following:

Checkpoint system
• While playing in campaign mode, you’ll be able to set a checkpoint in a mission, and then if you’re defeated, you can retry from this checkpoint. You can set a checkpoint whenever you want, but you can only have one active at a time (previous gets overwritten).

Difficulty system overhaul
• Following player feedback, we’re now adding 5× difficulty presets—Story, Easy, Medium, Hard (default) and Custom. Hard is the standard rules of the game and the only mode where you can obtain S-ranks, Medium is a bit easier and allows up to three stars, Easy limits you to two stars, and Story to one star (and is very easy indeed).

Multiplayer
• You can now add CPU players to online games. There’s now also a message clarifying that you must join a match if you don’t have any in progress.
• A number of fixes have been made to Quick Play timers, and you can now no longer suspend Quick Play matches and play other games in the meantime (since they’re supposed to be real-time).
• Seven maps designed specifically for co-op will also be added.

General Quality of Life
• The effectiveness chart on unit info and recruit screens has been reworked to be far more readable and informative!
• Skipping battles, captures, and cutscenes is now much faster, and S-rank requirements will now be displayed on the Overview screen for a mission.
• “Exit” has been renamed to “Suspend” to avoid confusion, and you can now see teams on the Overview screen.
• A fix has been made to international text input on Switch, and the Korean font has also been added.
• The Controller Select Applet will be displayed on Switch less often (only shows up when using local multiplayer).

New options
• We’re adding a “Movement Speed” option that allows you to set all units to move faster, as well as a “Confirm End Turn” option to avoid accidental end of turns.
• A “Damage Range” option is also being added to display minimum and maximum damage on previews, instead of average damage.

Fog of War
• Allies now share vision, and eliminated players can still see their team vision—thus becoming spectators.
• Spectators can now only view the current team’s vision, rather than the whole map.
• Enemy income and funds will now be hidden! Spawn effects and building colors will also not be shown inside fog of war. Likewise, battle and capture animations won’t be shown unless at least one of the units is visible to the current player.
• A fix has been made to the “sonar” bug that allowed you to obtain extra information within fog of war.

These notes show that Chucklefish has made a strong commitment towards respecting community feedback, and these changes have been received with overwhelming positivity across social media. After such a successful launch, Wargroove has continued to impress.

The full changelog for this patch should be available as it goes live.