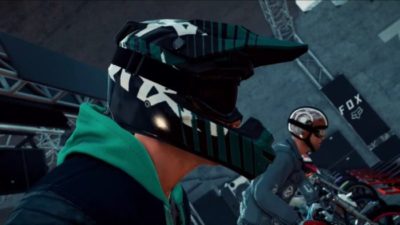 Trials Rising takes you around the world to tackle tricky tracks in countries in almost every continent. There’s also a lot of additional content coming as DLC in the future, some of which you get access to as part of the Gold Edition. Here is everything you need to know about how to redeem the Gold Edition Expansion Pass DLC in Trials Rising.

What the DLC Includes

How to Redeem Gold Edition Expansion Pass in Trials Rising

If you purchase the physical edition, the code for the DLC will come included in the box. All you need to do is input that code into the store of the platform you’re using. For example, the PS Store if you’re playing on PlayStation 4.

Redeeming the code will add all the content that comes with the Trials Rising Expansion Pass. It’s essentially a Season Pass, so much of the content isn’t available from the release of the game, but you will get access to it from the moment it is released. You will be able to find it in the library on your system of choice.

If you buy Trials Rising Gold Edition digitally, though, the content in the Expansion Pass should be added to your library automatically. There won’t be any code to enter.

We’ll be sure to update you once all of the DLC content is added to the game.

That’s everything you need to know about how to redeem the Gold Edition Expansion Pass DLC in Trials Rising. For more tips and tricks on the game, be sure to search for Twinfinite.