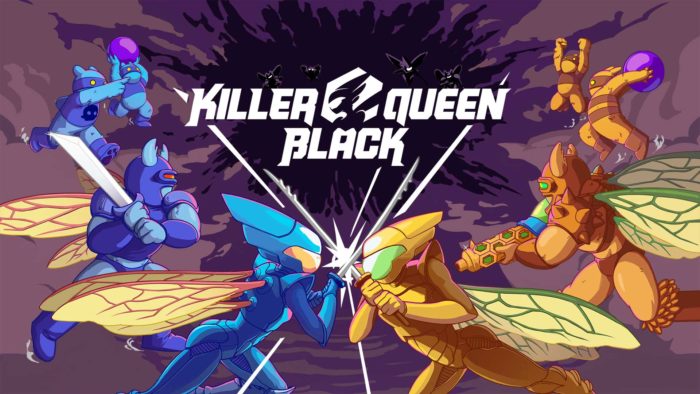 In a new press release, Liquid Bit and BumbleBear Games have announced that Killer Queen Black will now be released on PC via First on Discord, in addition to the previously announced Switch port of the game. Unfortunately, the press release also stated that both the PC and Switch versions of the title are delayed till Q3 2019.

This deal with First on Discord means that for 90 days Killer Queen Black will only be available on PC from the Discord store. Luckily for Switch players, this exclusivity will not affect other platforms, and they will get the game at the same time as Discord store customers. The press release also notes that the game will have day-one cross-platform play and chat.

Following the 90 days, it would appear that Steam users will then be able to buy the game. At the bottom of the home page on Killer Queen Black’s official site Steam is listed as a release platform.

As for the new release date, the push to Q3 2019 is the second time that the game has received a delay. When Killer Queen Black was initially announced, it was supposed to launch by the end of 2018 but was then moved to early 2019.

Hopefully, the developers will be able to figure out the issues causing these delays, and the game can be released later this year.

For anyone unfamiliar with Killer Queen Black, it is the 4v4 home version of the 2013 arcade platformer Killer Queen. The teams are comprised of a queen and three drones, and victory is achieved by killing the enemy queen three times, filling your hive with berries, or by moving a snail at the bottom of the map to your team’s goal.

If you want to learn more about Killer Queen Black, you can also check out the game’s brand new trailer below.