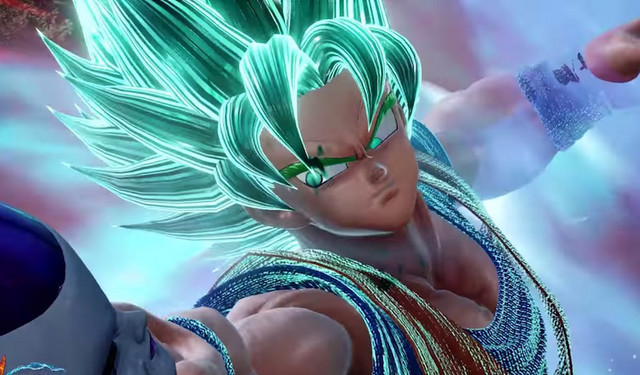 How to Play Goku in Jump Force

Jump Force is a crossover of epic proportions, smashing some of the biggest anime and manga series together for one fighting game. Chief among these series, of course, is the iconic Dragon Ball Z, with quite a few characters on the roster. Any fan of DBZ will want to play as its poster boy Goku, so here are some essential tips on how to play Goku in Jump Force.

Although every character in Jump Force shares the same basic moveset, their abilities specialize them for specific roles. In Goku’s case, he’s a combo-heavy character that can play defensively when he needs to.

As an archetype Goku is the perfect all-rounder; an easy character to pick up and play, but one that can be devastating in the hands of the right player.

Awakening is a valuable tool that you’ll want to take advantage of, no matter which character you’re playing as in Jump Force. However, Goku’s Awakening gives you an extra incentive to use it. On top of boosting his power and ability damage, Goku’s first Super Saiyan Awakening also changes his Kamehameha.

Instead of standing in one point and firing, Goku will now teleport to another, closer location right as he fires it at the enemy. This is hugely useful for attack switch-ups and can take an opponent unaware if they aren’t guarding.

It’s also good for comboing as if you’ve launched an enemy in the air and they’re still falling, you can quickly use a Kamehameha and teleport in close right before they hit the ground.

It should be noted that Goku’s second Awakening, Super Saiyan Blue, doesn’t have the teleporting Kamehameha, but it will boost his power and ability damage even more.

Goku is a character that should stay on the offensive most of the time, except for when you need to get your bearings or recharge your ability meter, in which case Raging Strike comes in handy.

The reason to stay so offensive is that so many of Goku’s attacks can be chained together into longer combos. Kamehameha and Meteor Combination can be tacked onto a basic combo for extra damage

Similarly, Goku’s down combo blast the enemy into the ground, and unlike other characters, Goku can lead right into a rush combo from it. If you’re able to hit a down combo, make sure to keep attacking as Goku can link two combos together, then finish with an ability.

Another extremely useful quirk that Goku has is a throw cancel. Many characters in Jump Force have some kind of throw cancel, but Goku’s is especially quick. After three hits of his basic combo, you can instantly cancel out by hitting the throw button to go into a throw.

This is the perfect way to attack an opponent that keeps on guarding, as you can do three quick hits against their shield then throw.

Like we said before, Goku is a character that should stay active and on the offensive, and it’s a good idea to get a feel for how his combos all flow together. You can jump into Training Mode at the offline counter and try combining combos, and get a feel for the character in general.

For even more tips and guides make sure to search Twinfinite, and check out our Jump Force wiki.