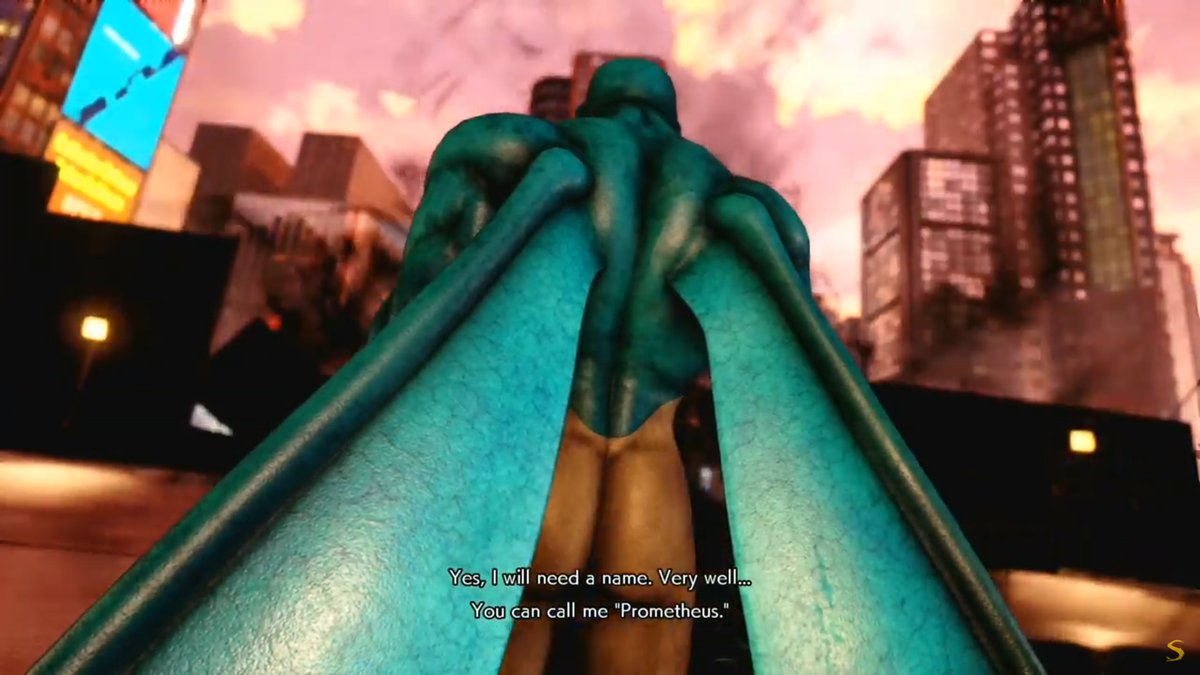 How to Beat the Final Boss (Prometheus) in Jump Force

Despite being a fighting game, Jump Force has a surprisingly long story to play through. You’ll join forces with iconic heroes like Goku, Ichigo, Luffy, and Naruto has you take on a villain threatening both the real world and the Jump Worlds. Of course, there’s a final boss to take down at the end of it, so here’s how to beat the final boss (Prometheus) in Jump Force.

While Jump Force’s story may not be the most riveting thing out there, it still has a few memorable battles, and that includes the final boss, Prometheus. Once you reach Chapter 8 the game essentially puts you on a straight track right to the end, and Chapter 9 only has two fights, both with Prometheus.

The first fight is arguably the harder of the two in Jump Force, as you won’t be able to use any of your abilities. Considering you don’t have any allies with you, this means that you’re completely reliant on physical attacks.

The key to this battle is staying as offensive as possible, constantly blitz Prometheus with attacks and try to keep your combos going as long as possible. Try and use Teleport Dodge whenever the boss attacks, so you can launch into your own combo from there.

Whenever Prometheus stops and starts charging up his Ability Meter, you can use a throw on him. Because of his charging the boss won’t dodge any throw, however, he will instantly dodge regular attacks that you try and hit him with.

In fact, throws are your best friend in this fight and the next, as the boss consistently won’t do anything to get out of them, making it an easy damage dealer. Prometheus tries to fight more defensively in this battle, so take advantage of that. Also make sure to use your Awakening whenever your gauge gets to 50 percent or more, as it’ll give you a nice little damage boost.

Be careful about using rush combos in this fight, however, as the boss can easily teleport dodge once you have him in the air and turn things around on you. It’s generally a better idea to finish out your combo with a heavy attack and sen Prometheus flying instead.

There are two main attacks to watch out for in this fight. When Prometheus summons two orbs and shoots them toward you, immediately use Chase to hone in on him and launch a combo. This attack is super slow, and you have more than enough time to rush in and take advantage of that.

The other attack to watch out for is when Prometheus gets in close and draws a red cube around you. This is his ultimate attack, and a few seconds after drawing the cube he’ll have locked you in. This Ultimate causes huge damage, taking away over half your health, so make sure you dodge out of the cube.

Once you’ve beaten Prometheus’ first phase in Jump Force there’ll be a few cutscenes, and then the second phase.

Now you’ll have full access to all of your abilities, so take advantage of that. Prometheus is a good bit more aggressive in this fight, and he’ll constantly keep the offensive. This means that you should be playing more defensively in this fight.

If you have a ranged ability, like Kamehameha, keep pelting the boss from a distance, and if you land a hit use Chase to rush in and turn that into a combo, then finish the combo out with a close-range physical ability to maximize damage.

The only real difference to this fight is that Prometheus has a much longer regular combo, and after using a physical blow he’ll use an energy attack that blasts the floor between you and him. Otherwise, the same tactics as the one above still apply.

Make sure to use your Awakening when you have access to it, and do your best to get Teleport Dodges in, or at the very least guard all of the bosses big attacks.

Still keep an eye out for the move where Prometheus shoots two orbs, as it’s just as slow as before and your abilities mean you can now deal more damage with a longer combo.

Eventually, Prometheus will go down and that’s it, you’ve beaten Jump Force.

Hopefully, that gives you a good idea of how to beat the final boss (Prometheus) in Jump Force. More even more tips and guides make sure to search Twinfinite, or take a look at our Jump Force wiki.