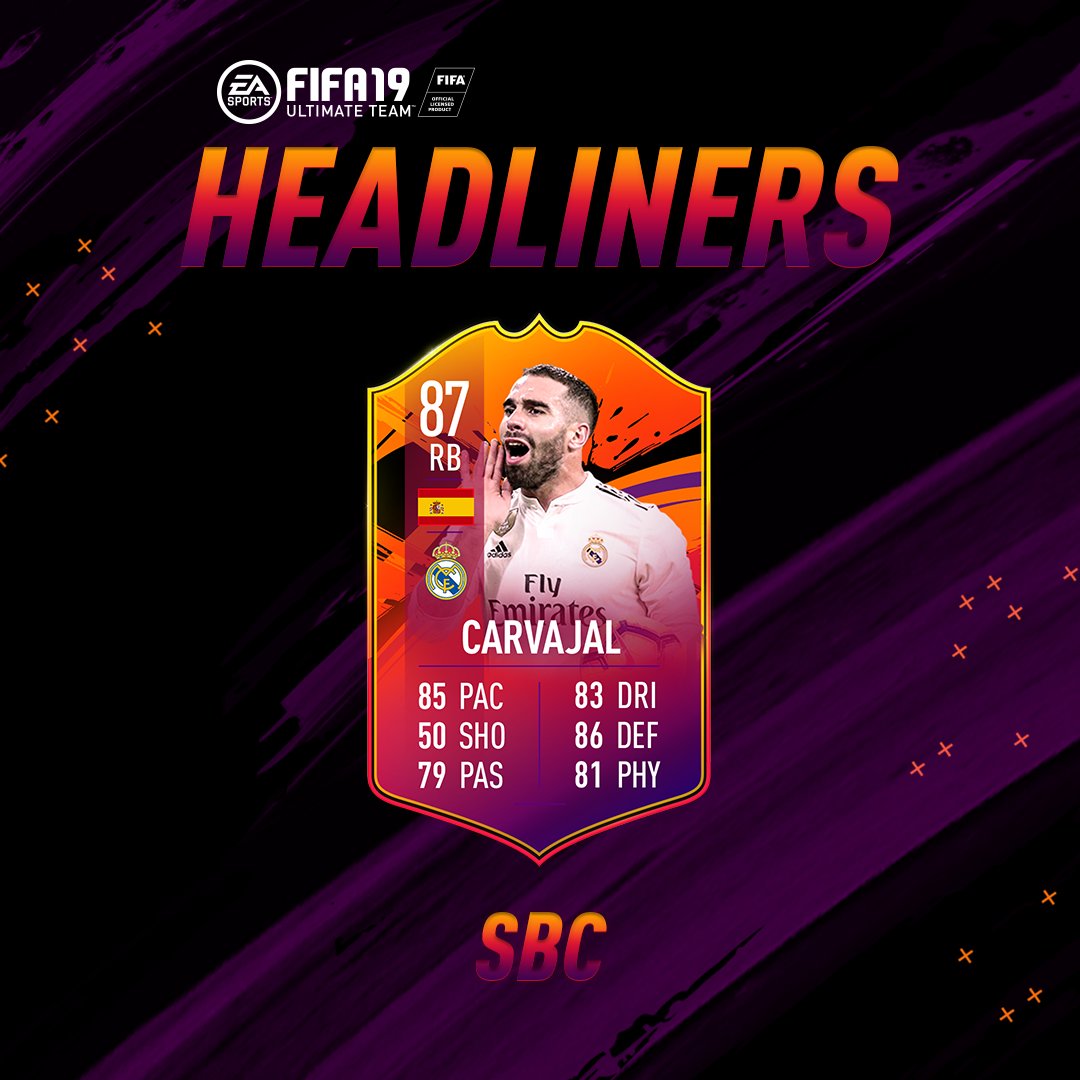 How to Complete Dani Carvajal SBC in IFA 19 FUT Headliners

FUT Headliners, the new FIFA 19 promo event has just been released and it follows some of this season’s best performing players. While you can get most of the players from packs, some can be gained elsewhere. Here’s everything you need to know about how to complete the FUT Headliners Dani Carvajal SBC in FIFA 19.

There is just one squad to complete, requiring an 85-rated squad. Therefore, you can expect to spend in the region of 100k coins for this card. If you completed Flashback Juanfran earlier in the year, though, there might not be much point. Here’s how to complete the SBC.

This SBC isn’t the easiest we’ve seen recently. Since you need three Spain players, and can only have six from the same league, you need to have some strong links in the squad to get the chemistry required. You therefore need to use the La Liga, really.

If you go for the back five from La Liga, using the likes of Nacho Fernandez, Sergio Asenjo, Sergi Roberto, and even base Carvajal you can then use a different league for the midfield and attack.

Also, it’d be best to avoid La Liga for the in-forms, since they’ll probably go up in price. As always, try to use players from the current team of the week, since they’re actively being packed and will remain cheaper.

You can then use the likes of the Premier League or Bundesliga for the front six. If you fit the two in-forms in, and stick to the league, you should have no issues getting the chemistry.

You can try and be clever and use the likes of Cesc Fabregas, Thiago, and Javi Martinez to avoid La Liga, but you may run into chemistry issues when it comes to fitting in the in-forms.

That’s everything you need to know about how to complete complete FUT Headliners Dani Carvajal SBC in FIFA 19. For more tips and tricks on the game, be sure to check out our FIFA 19 wiki guide.

Question: How do you complete the FUT Headliners Dani Carvajal SBC in FIFA 19?

Answer: You need a minimum of 85 OVR, with at least three Spain players and two Team of the Week players. Check the full requirements above.