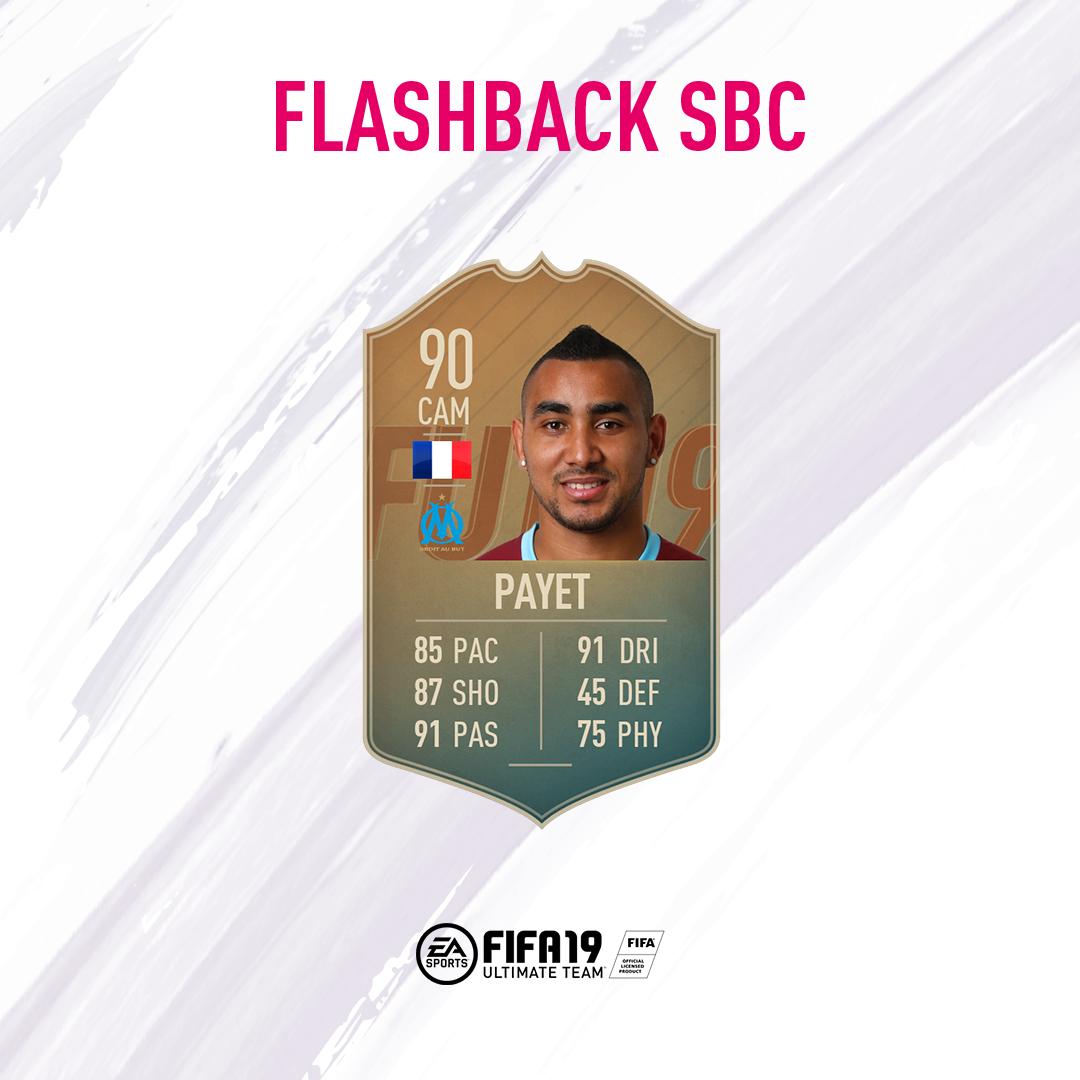 How to Complete Flashback Payet SBC in FIFA 19

Rounding out the Winter Refresh promo in FIFA 19, EA Sports has released another new Flashback SBC. Here is everything you need to know about how to complete the Flashback Payet SBC in FIFA 19.

The Flashback Payet SBC is a look back at his storming 2015-16 season at West Ham. The SBC is made up of two squads and will come in at around the 250k coins mark. Here are the requirements:

The two FIFA 19 Flashback Payet SBC squads are very similar, so shouldn’t be too difficult to complete. 85 rated players have begun to go down in price now that the Base Icon SBC is no longer available, so any major league will be a good choice.

From our experience, though, La Liga and the Premier League are often the best best since they have more high rated players. Also, since both of those leagues have high rated French players in FIFA 19, you don’t have to use the Ligue 1.

Anthony Martial, Aymeric Laporte, or even Hugo Lloris could work from the Premier League, allowing you more leeway elsewhere in the Flashback Payet SBC squad. Then, for the West Ham player in the second squad, you will be able to slot it in anywhere you like, since you only need 80 chemistry.

You can do the same for the FIFA 19 Team of the Week players, too. Only needing 80 chemistry means that you can use any player, and they won’t need to link to anyone or be in the right position, provided you stuck to a single league or nation elsewhere.

Also, as a general tip, try to use TOTW players from the current squad in the game because they’ll stay lower in price due to being actively packed.

That’s everything you need to know about how to complete the Flashback Payet SBC in FIFA 19. For more tips and tricks on the game, be sure to check out our FIFA 19 wiki guide.