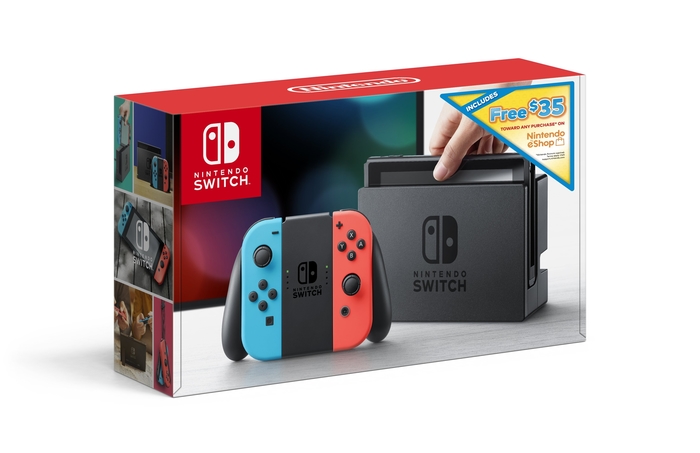 Nintendo has announced that starting on Feb 15 – next Friday –there will be a new Nintendo Switch bundle available for purchase. The bundle will be the same as the regular price of the Switch, $299.99, but will come with $35 credit towards the Switch eShop.

Now, we don’t really understand why someone would not have gone and picked up a Switch yet, especially with games like Pokemon Let’s Go, Super Smash Bros. Ultimate, Breath of the Wild, Super Mario Odyssey, and many many more amazing titles.

The Nintendo eShop credit that you get with this deal is definitely a great addition to the whole package, as the Switch eShop has some spectacular indie titles that are just begging to be played.

For example, we recently reviewed a little game called Wargroove, which was made as a love letter to fans of Nintendo’s Advance Wars franchise. You can read our review here, and no spoilers, but we really liked it.

There are plenty more indie games coming to the Switch eShop this year that have caught our eye; I wrote up a list not too long ago highlighting 15 titles that shouldn’t be slept on or ignored.

And remember, this Nintendo Switch bundle will only be available for a limited amount of time, so if you’re on the fence, just do it, you won’t regret it.