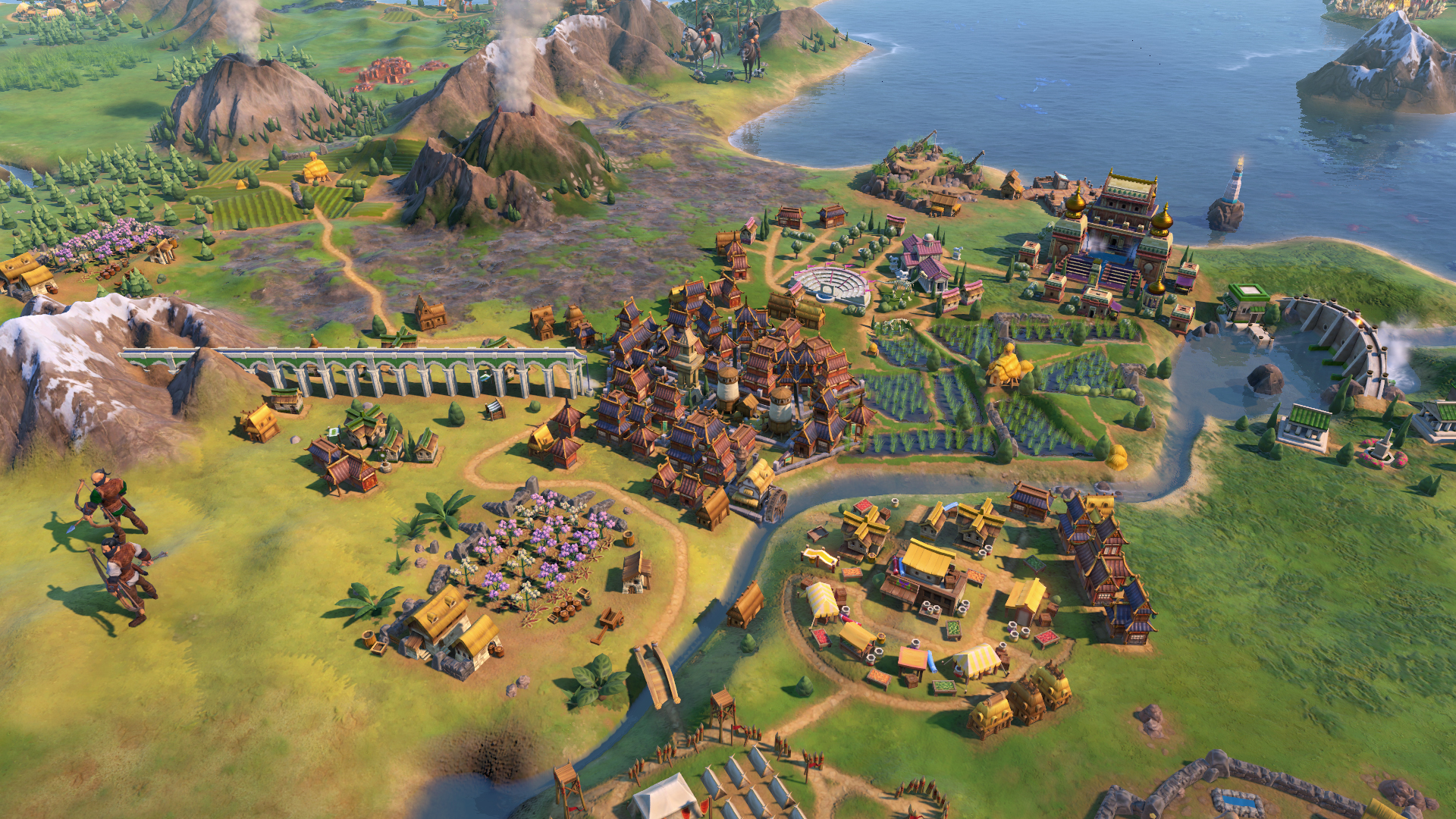 If you’re here, you’re either someone concerned about the planet in your game of Civilization 6: Gathering Storm, or you’re a monster that wants to see the world burn. Either way, here’s how to raise sea levels, CO2, & melt the polar ice caps in Civ 6 Gathering Storm.

Arguably the signature feature of Gathering Storm is Climate Change and its impact on your game world. For a large portion of the game, Climate Change and storms are quite mellow. However, as you start industrializing and pumping pollution into the air, all of that changes.

Let’s go over Climate Change in Civ 6 Gathering Storm, and its various effects on your game and how you can manipulate it.

Raising your CO2 Levels and Contributing to Climate Change

What kicks off climate change in Civ 6 Gathering Storm is the increased pollution coming from new power sources. As you discover Coal, Oil, and Uranium, you’ll be able to develop power plants that use all three of these resources.

Coal and Oil in particular are easier to procure, but are dirtier and less efficient. However, in the earlier part of the Modern Era, that’s about as good as you can get until you can develop cleaner sources of Power.

By going to the World Climate screen in the top left corner of the game menu (the cloud icon), you can see the effects that the Civs still in the game are having on CO2 levels by going to the CO2 Levels tab which will break down all the relevant information for you.

While having cities powered up increases their productivity, the CO2 released by them will eventually have irreparable damage to the environment.

From the same screen as above, you can get a countdown for how long it is before the ice caps melt and raise the sea levels in the game’s world, and advance climate change to its next phase.

Go to Overview, and on the bottom left you can see the status of the Polar Ice. It will begin at 0% lost, but as you pump CO2 into the atmosphere, it tell you how many turns there is before the ice caps begin to melt.

Tiles that are labeled with numbers and a wave icon, will begin to be covered by water as the sea levels rise. At phases 2, 4, & 6, tiles labeled 1 and up to 3 will be submerged.

You can check the status of the next tile submersion by going to the bottom right of the World Climate screen and checking Sea Level.

When tiles are flooded in between phases, you can still temporarily rescue them via flood barriers built in your City Center, but that is only a band-aid if things continue to get worse.

With each phase, maxing out at VII and 85% polar ice caps melted, the chance and intensity of storms and other natural disasters like Volcanoes will rise.

It’s all terrifying stuff, but at least you can provide aid when truly terrible storms start to ravage your fellow civs, and earn Diplomatic Victory Points for your troubles.

That’s everything you need to know about Climate Change in Civ 6 Gathering Storm. For more tips & tricks, be sure to search Twinfinite and read our full review of Gathering Storm for more information about the latest expansion.

If you want to try and prevent Climate Change instead, that’s a whole other bag of worms. Check out our detailed guide for that.

Question: How do you create climate change, raise the sea levels, CO2, and melt the caps in Civ 6 Gathering Storm?