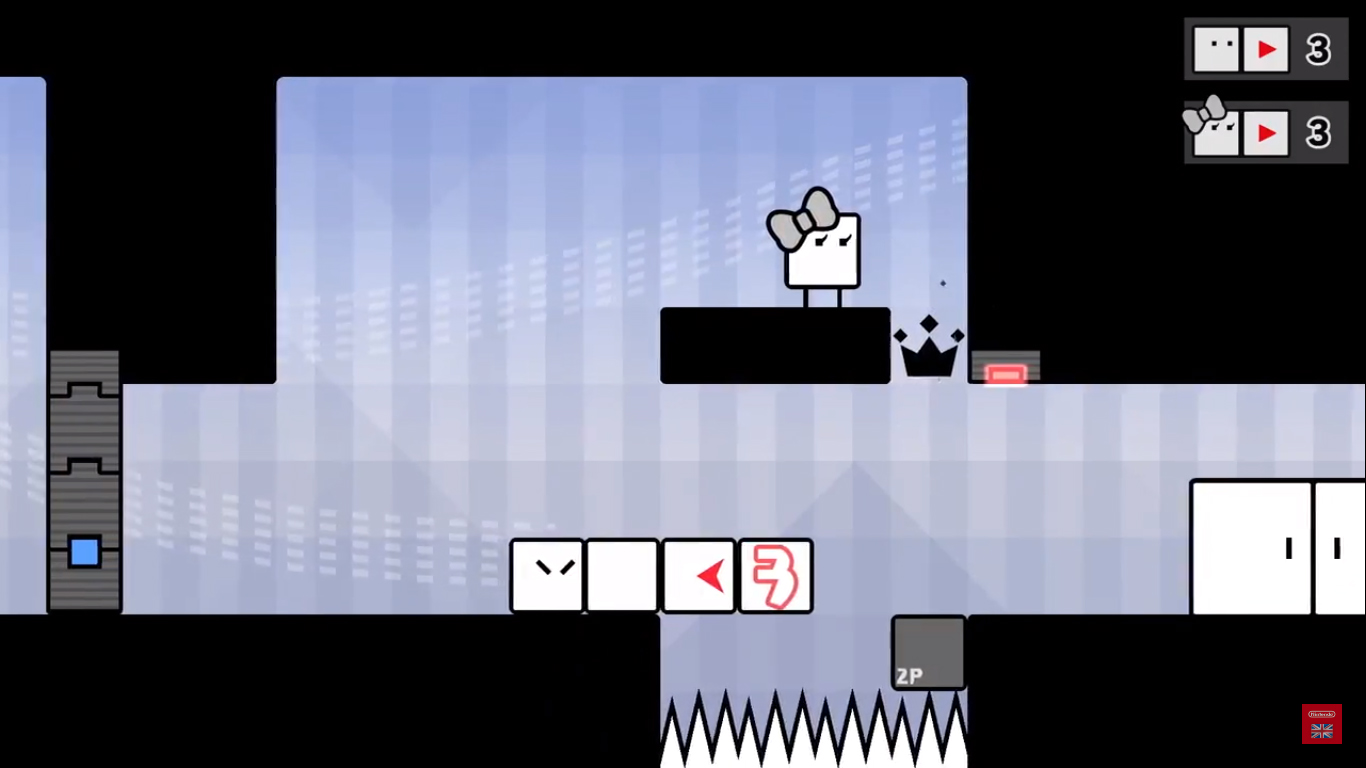 Returning after what seemed like a final farewell with Bye-Bye Boxboy back in 2017, BoxBoy + BoxGirl will be dropping like Tetris blocks this Spring on Nintendo Switch.

The new game boasts an enormous array of 270 stages, including a two-player co-op mode, allowing a pair of players to take on the roles of the quadrilateral lovers.

The series sees you spawning blocks from your own body, to surmount traps, hold down switches, and create ladders as you try and scheme new, inventive ways of reaching the floating crowns that wait at the end of each stage.

It’s all about extending BoxBoy or the entirely un-curvaceous BoxGirl at certain increments and angles to get where you need to unharmed.

To restore peace to their rectangular world, the duo must solve puzzles and traverse the monochromatic world as a team. Completing the main story unlocks a new charming block critter, Qudy, a tall rectangle with his own campaign and shape, offering new challenges and puzzles.

From other indie offerings like Oninaki, developed by the same team behind I Am Setsuna, to the adorable stylings of the new Link’s Awakening remake, Nintendo fans were given a hefty lot to look forward to.

The critically acclaimed puzzler series comes filled to the brim on Switch April 26, 2019, you can watch the trailer for Boxboy + Boxgirl as part of the Nintendo Direct below.