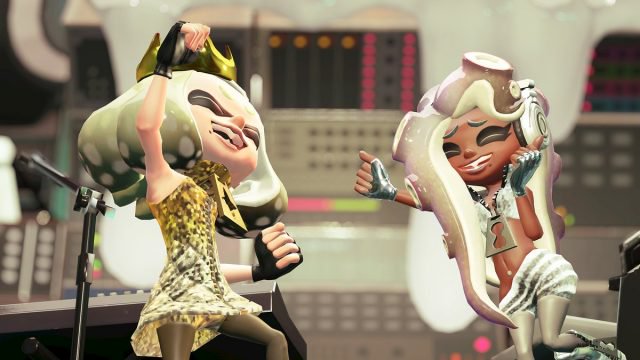 Over the holiday season, Splatoon 2 celebrated with yet another cool Splatfest. This time around, players had to choose between Team Friends and Team Family. As was the case with plat Splatfests, the winning team was determined by the popular vote, as well as the number of matches won by either team.

This time around, Team Friends took home the win by virtue of winning more matches, even though Team Family won the popular vote category.

#TeamFriends sticks together and scores the Frosty Fest #Splatfest win, 2-1! Thanks to everyone who participated, and be sure to pick up your Super Sea Snails in Inkopolis Square! pic.twitter.com/rPpMhm0BWi

This, of course, proves beyond the shadow of a doubt that friends are indeed much more important than family. Jokes aside, though, the results actually were pretty surprising as it’s generally quite rare for Marina to actually win a Splatfest. Past events have shown that whatever Marina reps would usually win the popular vote, but her team would lose because players wouldn’t get enough matches with the opposing team.

This time, Pearl repped Family and ended up winning the popular vote. But because the Friends team likely had an easier time matching with opponents, they thus had a better win rate against the opposing team, allowing them to take home the win. It’s almost as if the Mayo vs. Ketchup drama from the very first Splatfest has come full circle.

Splatoon 2 is now available exclusively for the Nintendo Switch.