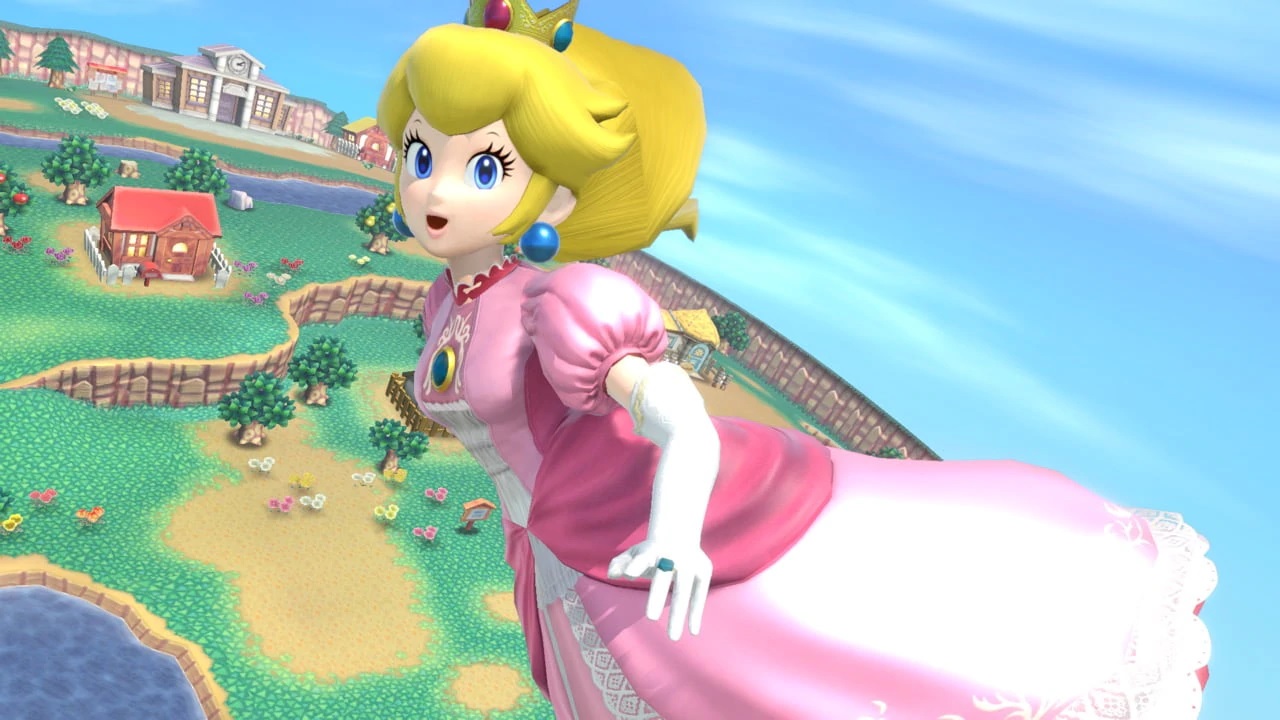 How to Play Peach in Smash Bros Ultimate

Super Smash Bros Ultimate brings a handful of new characters to the Smash universe, but even more impressively, every single fighter in Smash history has made their return in Ultimate. Here’s our strategies for how to play Peach the right way in Smash Bros. Ultimate.

As a side note, Peach is one of the few characters to sport her own echo fighter, Daisy. Unlike some other echo fighters, Daisy has no differences to Peach that affect gameplay. Therefore, everything in this guide can apply to both Peach and Daisy.

Peach is a medium-sized character with a well-rounded play style and a variety of attacks. She’s easy to pick up and understand, which makes her a great choice for beginners who want to learn a character in greater depth.

A majority of her standard attacks are heavy hitting, and many of them can be strung together into combos to cause a ton of damage.

Her weakest move is her standard jab, but although its not very useful on its own, it can be used as a combo finisher to deal extra damage and bat away her opponents.

Peach is one of the only fighters who can spawn an item. This comes from her down special, Vegetable. This allows Peach to hold onto a turnip — and occasionally the vastly more powerful Mr. Saturn or Bob-omb items — to throw at her opponents later.

She also has a very useful counter move in the form of her neutral special, Toad.

A unique mechanic for Peach is her forward smash attack, which can be changed after a second directional input.

Another unique quality of Peach is her ability to float in midair. By holding the jump button after a jump, Peach can hover for a few seconds, just like she could in Super Mario Bros 2.

Neutral Special (Toad) – Toad will pop out for a few seconds and protect Peach from any attack. If hit, he will counterattack with a spray of spores, dealing damage and knockback in proportion to the attack countered.

Up Special (Peach Parasol) – Peach launches herself upwards with her parasol, carrying anyone hit upwards for several hits. She then slowly descends until canceled by pressing the control stick down.

Down Special (Vegetable) – Plucks a turnip from the ground, which can be thrown at opponents. There is a 12% chance that a rare turnip or different item may be found. Rarer turnips have different expressions and deal higher damage. Peach can occasionally pluck the powerful Bob-omb and Mr. Saturn items.

Peach excels at her aerial game. However, it doesn’t necessarily have to be in the air, per se. Hovering just slightly off the ground means that you can constantly pull off Peach’s devastating aerial moves.

This truly shines in Smash Bros. Ultimate, as every character has less landing lag, meaning there’s less of a penalty for relying on aerial moves.

Her forward, back, and neutral aerial attacks are the best to use. All of them are quick, strong, and have wide hit boxes, so there’s really no reason not to go all out with her aerial attacks while floating.

For her forward aerial, Peach attacks with her crown. It’s a strong attack under any circumstance, but hitting with the tip of the crown will deal even more damage.

Aerials deal single hits quickly, but another massive strength of Peach is that she can quickly break into combos and deal huge damage.

Her best combo is using her down tilt attack and following it up with a quick up aerial. The up aerial will pull opponents back down so that you can follow up with another down tilt, followed by another up aerial.

This combo has the potential to deal around 60% of damage in one go. It’s not always easy to catch an opponent with her up aerial.

If they’re right in front of you, it may be safer to catch them with a neutral aerial first, and then begin unleashing the down tilts and up aerials.

You could even throw in a back aerial before the down tilt and launch into your combo that way.

Another useful attack is up tilt. It comes out fast, hits hard, and is a great way to deal with enemies coming from above. It’s safer and more effective than using her up smash attack.

However, her up smash does have its uses. On the wind up, Peach ducks, which can actually be used to avoid certain higher hitting attacks.

If you are up against some pesky opponents that keep attacking from the air, Peach’s up aerial attack is very effective for juggling and racking up large amounts of damage.

Peach has several hard-hitting attacks that can be used to finish off opponents other than her smash attacks, including her dash attack, up air, forward air, back air, up tilt, and up special.

In terms of her smash attacks, her down smash covers both her left and right side but has weak knockback.

The golf club has the best range, making it good for quickly dealing damage or pushing an opponent away.

One of Peach’s most interesting and useful special moves is her down special, Vegetable. It’s a great projectile to quickly throw out at any point.

When floating as Peach, you can attack without throwing her held item, which allows you to hold onto it until a more useful opportunity.

Occasionally, Peach will pluck a Bob-omb or Mr. Saturn instead of a turnip. The Bob-omb is great for dealing upwards of 25% damage from range.

Mr. Saturn instantly breaks shields when it collides with them. This means that holding it can force an opponent to stop shielding, lest they be struck down by the mighty Mr. Saturn.

Breaking an opponents shield will stun them for a few seconds, but it won’t use up the Mr. Saturn, so you can pick it up again. While they’re stunned, you’re free to unleash a powerful smash attack or get a free combo in.

Turnips are also super useful for edgeguarding. Just continuously lob them at an opponent who’s trying to get back. Using Toad to counter those trying to claw their way back onto the stage is another useful edgeguarding technique.

For recovery, Peach has several options. There’s her float, which can make it close to the stage by itself. Her up special and side special can also be used for quick vertical and horizontal movement, respectively.

Peach Bomber is a great option to use when close to the edge, as she will quickly snap to the edge after reaching it.

We have guides on how to play other specific characters, such as Ridley and Inkling.