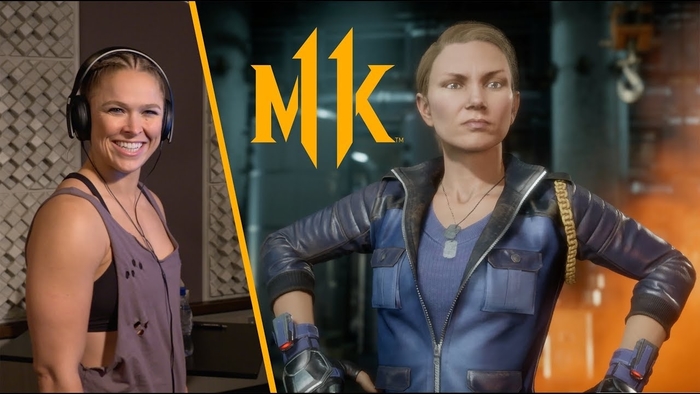 During the Mortal Kombat 11 gameplay reveal that was live-streamed today, courtesy of Netherrealm Studios, it was revealed that world-renowned UCF fighter, Ronda Rousey, would be playing the role of Sonya Blade.

WWE Champion and Olympic Medalist, Ronda Rousey, has a ton of experience when it comes to fighting and showing off her moves, which makes her the perfect actress to take on the role of the vigilant Sonya Blade.

Here’s what Rousey had to say about her landing this coveted role:

“Sonya Blade was the first kick-ass girl that I saw come on to the scene and I always admired her and admittingly emulated her in my own way and now I get to try to be her.

“Voicing a character has been really different, interesting, and fun because I don’t have to think about how I look and only about how I sound. It almost gives me permission to be as ridiculous as humanly possible, because nobody’s looking and nobody’s judging and all that matters is what I sound like.”

Mortal Kombat 11 is scheduled to launch for the Nintendo Switch, PS4, Xbox One, and PC on April 23.

For more on Mortal Kombat 11, be sure to check out the initial reveal trailer that was shown at The Game Awards this past December, the first official gameplay reveal shown during the livestream today, and the official story prologue trailer as well; you can watch all of these down below: