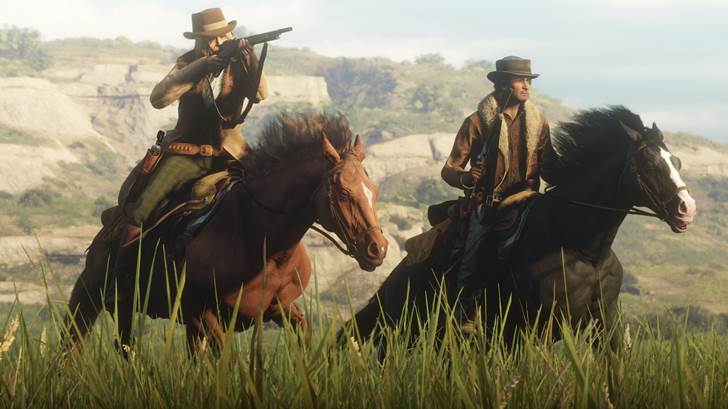 Rockstar Games has provided an update on Red Dead Online’s development progress, alongside a weekend bonus to beta players as a thank you for their feedback.

Released through their official website on Jan. 25, the update touches on some of the progress made in Red Dead Redemption 2’s online mode thanks to the dilligence of of those playing the beta.

“Following the launch of the new Gun Rush mode, we identified a few matchmaking issues, some of which we have addressed with short-term improvements and all of which we are working towards more permanent and proper fixes for in the longer term,” the studio writes.

The update went on to say that while some temporary fixes have already been put into place, more permanent solutions to issues found by players will be implemented and detailed in a later update.

The announcements didn’t end there though. As thanks to the beta players who have stuck with the early build of the multiplayer mode and helped them trouble shoot problems, Rockstar is offering a bonus to any players who log on between Jan. 25 and Jan. 27.

Those that do will receive five gold bars, totaling out to $2,500 of in-game currency. The bonus is scheduled to be sent out by Jan. 29, after which they can be sold and put toward whatever players wish to purchase.

The update and bonus weekend follow the launch of Red Dead Online’s Gun Rush mode, Red Dead Online’s variation on the Battle Royale genre. In it, up to 32 players compete to be the last player standing as a single player or in teams.

The beta is currently open to anyone who purchased Red Dead Redemption 2, so if you own a copy on PlayStation 4 or Xbox One, you’re more than able to check it out for yourself and earn the above reward.

For more on everything Red Dead Online, check out some of our early impressions of the game to see what some of the bigger flaws in need of work from Rockstar are.