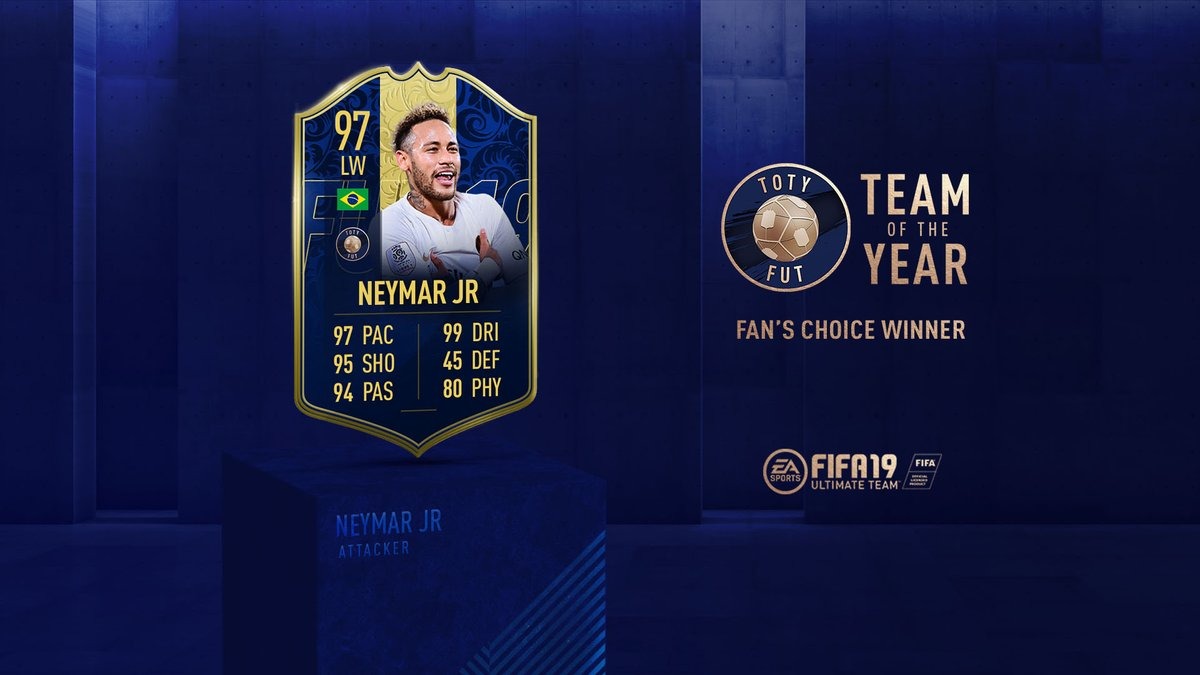 The new Neymar Jr. card has an overall rating of 97 which sees him tied for the third highest card in the game. This rating is also five points higher than his standard 92 and three points higher than his last special card. A five-point increase may sound like a big gap, but Team of the Year players are meant to be some of the absolute best Ultimate Team cards in the game.

Some of the most notable differences between Neymar Jr.’s basic and Team of the Year cards are the bumps to the shooting, passing, defense, and physical stats. His physical rating got the most significant increase, and it raises his jumping to 82 and his stamina to the max of 99. This stamina boost should allow the card to play at a much higher pace late into games.

Overall this is an incredible card, and the combination of a Brazilian nationality and Paris Saint-Germain make it extremely flexible when trying to fit into a FUT team. Though any player lucky enough to get their hands on this card will probably be more than willing to make the necessary changes to add Neymar Jr. to their starting 11.

If you want to know how to get Team of the Year players, be sure to check our guide. For more FIFA 19 tips, tricks, and guides, you can head over to our guide wiki.

Below you can find the full list of FIFA 19’s Team of the Year players: