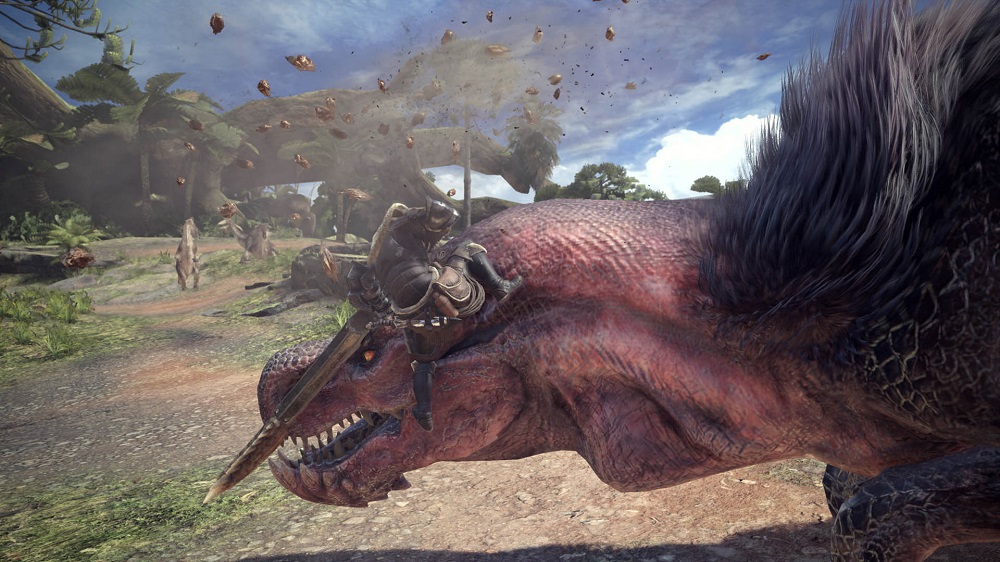 Monster Hunter: World’s 5.1 PC patch is now live, bringing with it ultrawide support, alongside a suite of other additions and bug fixes.

Its main feature is the addition of 21:9 resolution support to Monster Hunter: World, alongside a UI adjustment feature that lets you change the position of the UI. “Most cutscenes” will benefit from the newly added 21:9 support, however there will be some exceptions.

Vignette effects now have three levels: high, normal and off. Normal coincides with turning vignette effects on in prior versions of the game, high makes the effects stronger, while off should be fairly self-explanatory. The High setting reportedly helps with reducing simulation sickness while using ultrawide mode.

Monster Hunter: World also has a push-to-talk option, as of patch 5.1.

Several bugs have also been squashed. Performing a jumping reload draw attack when you’re not on full ammo should no longer prevent draw attack skills from activating when using the Light or Heavy Bowgun. The Charge Blade’s visual and sound effect now match up better to the combos being executed. You can check out the full list of bug fixes on Steam.