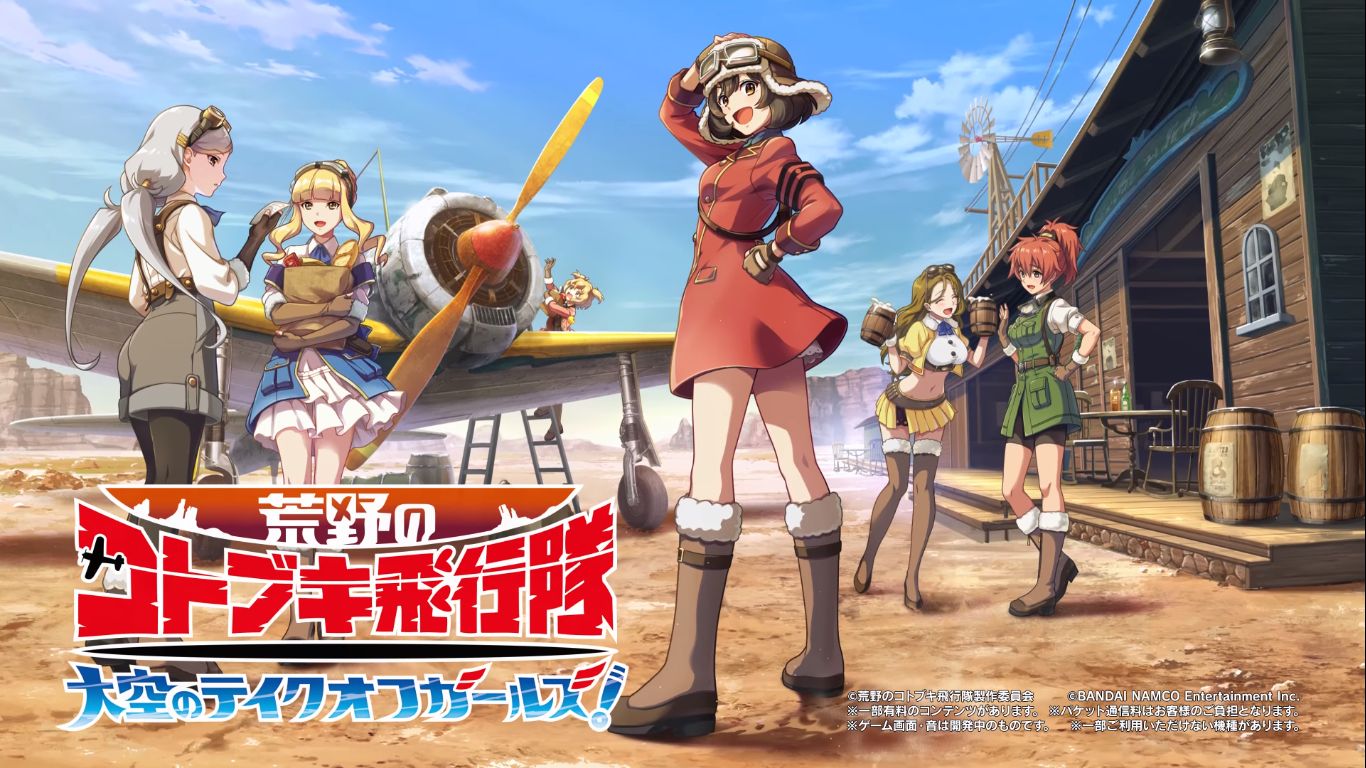 If you follow the current anime season, you’re probably aware of The Magnificent Kotobuki, or Kouya no Kotobuki Hikoutai as it’s called in Japan. It’s getting a game from Bandai Namco but before you get too excited, it’s for mobile.

The game is titled Kouya no Kotobuki Hikoutai: Oozora no Take-Off Girls! which translates into The Magnificent Kotobuki: Take-Off into the Sky Girls!, and it’s coming out early this year in Japan for iOS and Android.

If you’re not familiar with the anime, it tells the story of the Kotobuki Squadron, a team of female mercenaries hired to protect cargo zeppelins while flying Japanese World War II fighters.

As Kantai Collection, Strike Witches, Azur Lane, and more aptly showcase, if you mix cute girls and real-life military vehicles you have a winner in Japan.

Today the game received three new trailers, showcasing the bred and butter of a title like this. How do you make sure that a free-to-play with optional purchases has a decent shot at being successful? You add even more waifus to it.

The trailers showcase three factions that will be included in the game alongside the Kotobuki Squadron. We get the Arakase Squadron, the Akatsuki Group, and the Gekitetsu Family.

At the moment, we don’t know whether this game will be released in the west. Bandai Namco appears to be keen to release some of its mobile games on this side of the Pacific Ocean, but it’ll probably depend on the performance of the anime series.

At the very bottom, you can also see an older trailer that provides a good look at what the game itself looks like.