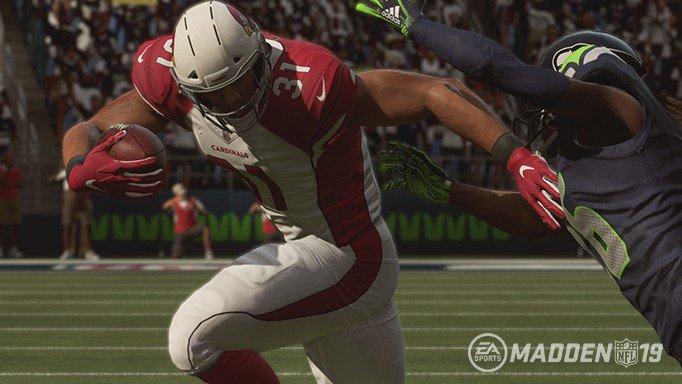 Madden 19 is the latest installment in the annual Madden franchise. Every year Madden is released and keeps player satiated throughout the football season. Through modes like Ultimate Team, Be a Pro, and Play Now, players keep coming back for more. EA also does a great job of updating rosters and providing support for the Ultimate Team Mode. How do players make sure they are up to date with the latest Madden patches though? Well, don’t worry because we have the answer for you right below.

In order to do this on Xbox, players must press the Xbox button on their controller, select System Settings, scroll down to Updates and Downloads, and allow that to run. This will ensure not only that Madden is updated but all of your other games and applications as well.

For PlayStation users, simply scroll to the Madden image on your home screen, click the Options button and scroll down to Information. From there you can select Check for Updates and it will update if there is a patch available.

The latest patch notes for Madden 19 can be found below.

And that’s how you can download the latest patch in Madden 19. For more tips, tricks, and guides be sure to check out Twinfinite.

Question: How do you download the latest patch in Madden 19?

Answer: On Xbox One, select System Settings, scroll down to Updates and Downloads, and allow that to run. On PS4, hit the Options button on the application itself, and check for an update.