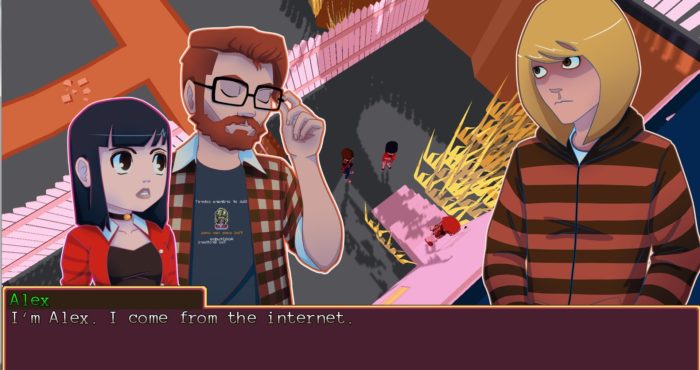 Is YIIK Coming to Xbox One?

YIIK: A Postmodern RPG has been a few years in the making, and its release date has always been kind of ambiguous throughout the process… until recently! Let’s get into whether YIIK is coming to Xbox One or not.

For as long as we’ve known about the game, we’ve heard that the plan was to release YIIK on PCs, Nintendo consoles, and Sony’s platforms. As far as we can tell, that plan has not changed even if the exact platforms have shifted over the years.

As of right now YIIK is not coming to Xbox One. It’s only going to be released on PlayStation 4, Switch, and PC.

It’s a little confusing because there were rumors years ago that there was going to be an Xbox One version of the game. But right now on the game’s official Twitter page, they are sticking to the three platforms above.

That approach could change. YIIK has been in development for a very long time, so it’s possible that developer Ackk Studios just desperately wants to get the game out the door already, and they will revisit other platforms after that.

That’s all you need to know for whether YIIK is coming to Xbox One. We’re sorry we don’t have better news for you, but at least you have your answer now. Consider picking it up for another platform, or politely voicing your desire for a Xbox One port.

Question: Is YIIK: A Postmodern RPG coming to Xbox One?

Answer: No it’s not. However, it was rumored to be released in the past. We can’t say for certain, but perhaps at a later date it will make the jump to Microsoft’s home console as well. For now though, assume you’ll need to pick it up somewhere else.