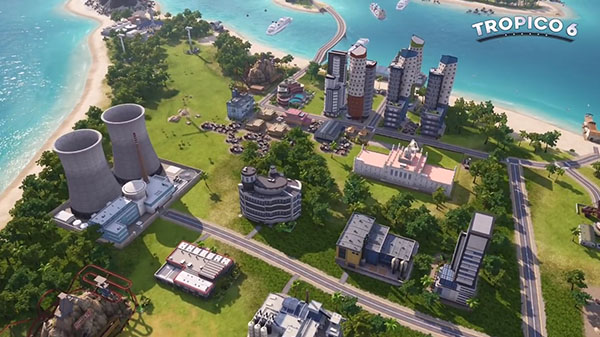 Is Tropico 6 Coming to Nintendo Switch?

The esteemed Tropico series has long been one of the simulation genre leaders. But with multiple delays, waiting for the upcoming sixth game has been testing, but is Tropico 6 Coming to Nintendo Switch? Here’s what you need to know.

Tropico 6 will launch in a staggered fashion, and as a PC-centric series, it should come as no surprise that PC, macOS, and Linux have first priority. The game will launch on console later this year, with a release window slated for Q3/Q4.

Unfortunately, the Nintendo Switch is not among the confirmed console platforms. Tropico 6 will only be coming to PS4 and Xbox.

Boo, we agree. It would be such a perfect match for Nintendo Switch, the ultimate time-killer for long journeys as you work toward the prosperity of your island archipelago.

Perhaps the only consolation for gamers that want a mobile Tropico game to play on the go is that there’s an iPad version you can download and play from the Apple store. It’s nicely optimized for the hardware, though obviously not packing the same depth and quality as Tropico 6 is likely to.

As for whether we will ever see a game from the series, well, never say never. The only holdup is whether the Nintendo Switch’s hardware is powerful enough to run the game. Simulation games typically require a lot of computing to operate efficiently.

Maybe, if the rumored Nintendo Switch Pro materializes some time this year, things could change?

Until then, we’ll keep you posted on all the news around Tropico 6 and if it is coming to Nintendo Switch here on Twinfinite.

Answer: No, the hardware is not listed as an available console platform. It is coming to PS4 and Xbox One outside of its PC release.