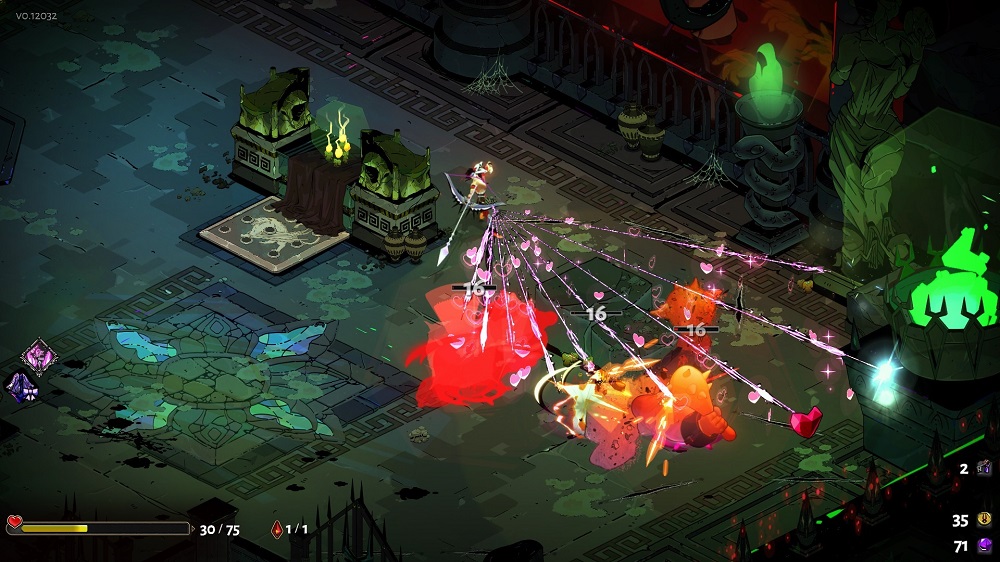 The Chaos Update brings the Primordial Chaos to Hades, which waits inside Blood Gates and offers blessings with great benefits but also “initial side effects”. The Pact of Punishment is a system targeted at those who’ve reached the end of the game’s current content, introducing “even greater trials”. A new resource, Heat, is used to power it up.

Zagreus has received some love, having his animations further polished. Lord Hades will now challenge his son to defeat foes without getting hit, while the Skull-Crusher, Gorgon and Megagorgon expand the roster of enemies blocking the protagonist’s path.

Three new chambers have been added to both Tartarus and Asphodel, the two areas currently available. All these changes are joined by a significant amount of balance tweaks. Dashing now stuns unarmored foes for a short while; the Shield of Chaos returns sooner from its special attack. Critical effects will trigger less often but are more deadly.

The Bloodless are more effective at flanking players, while Inferno-bombers only drop one bomb upon death, hopefully reducing the number of ragequits associated with dying to them soon after striking the killing blow. The Mirror of Night has received a new upgradeable trait, Boiling Blood, which grants a damage bonus after hitting foes with Cast attacks.

The number of small improvements is fairly significant and can be found in full in the game’s client and the Supergiant Games Discord. It certainly looks like a promising step in the roguelike’s Early Access journey.

To anyone unaware, Supergiant Games announced Hades during The Game Awards 2018 as an Epic Games Store exclusive while it’s in Early Access. It’s a very Supergiant take on Greek mythology that oozes the developer’s visual style. It’s also the fourth genre tackled by the studio in its history.