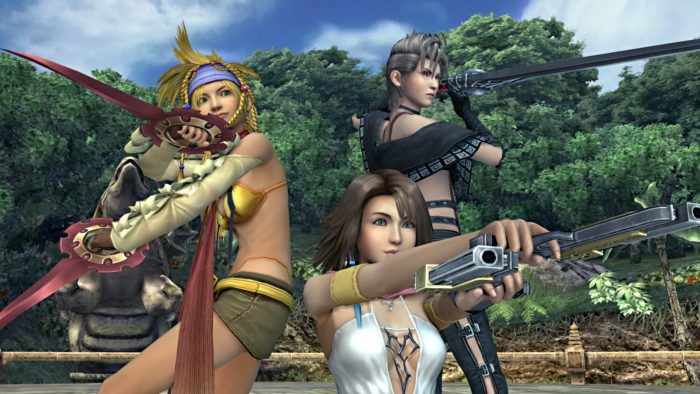 Square Enix has announced the release date for Final Fantasy X | X-2 HD Remaster on Switch and Xbox One.

Here’s a little synopsis of these PS2 classics, courtesy of Square Enix themselves:

“FINAL FANTASY X follows the story of superstar athlete Tidus, whose fate intertwines with the beautiful summoner Yuna as they embark on a pilgrimage to save the world of Spira. FINAL FANTASY X-2 takes place two years later, following the stories of Yuna, Rikku, and Paine in their exciting adventures to uncover ancient secrets and overcome powerful enemies. Having shipped over 14 million units worldwide to date, FINAL FANTASY X / X-2 HD Remaster invites new players to discover a stunning RPG adventure you will never forget.”

Final Fantasy X | X-2 HD Remaster launches for the Nintendo Switch and Xbox One on April 16.

In other Final Fantasy-related news, Square Enix also announced the release date for Final Fantasy XII: The Zodiac Age on Switch, and Xbox One, which is a remastered version of the PS2 classic that came out on PS4 back in 2017.

Also, Square Enix has just unveiled a new digital card game based on the Final Fantasy series that is planned to launch in Japan sometime in 2019 on smartphones and PC.

And if you’re a fan of Final Fantasy XV and are looking forward to the release of Episode Ardyn, then be sure to check out the new teaser for the Episode Ardyn Prologue Anime, a special that is set to air before the release of the actual DLC that plans to shed some light on our revengeful antagonist.