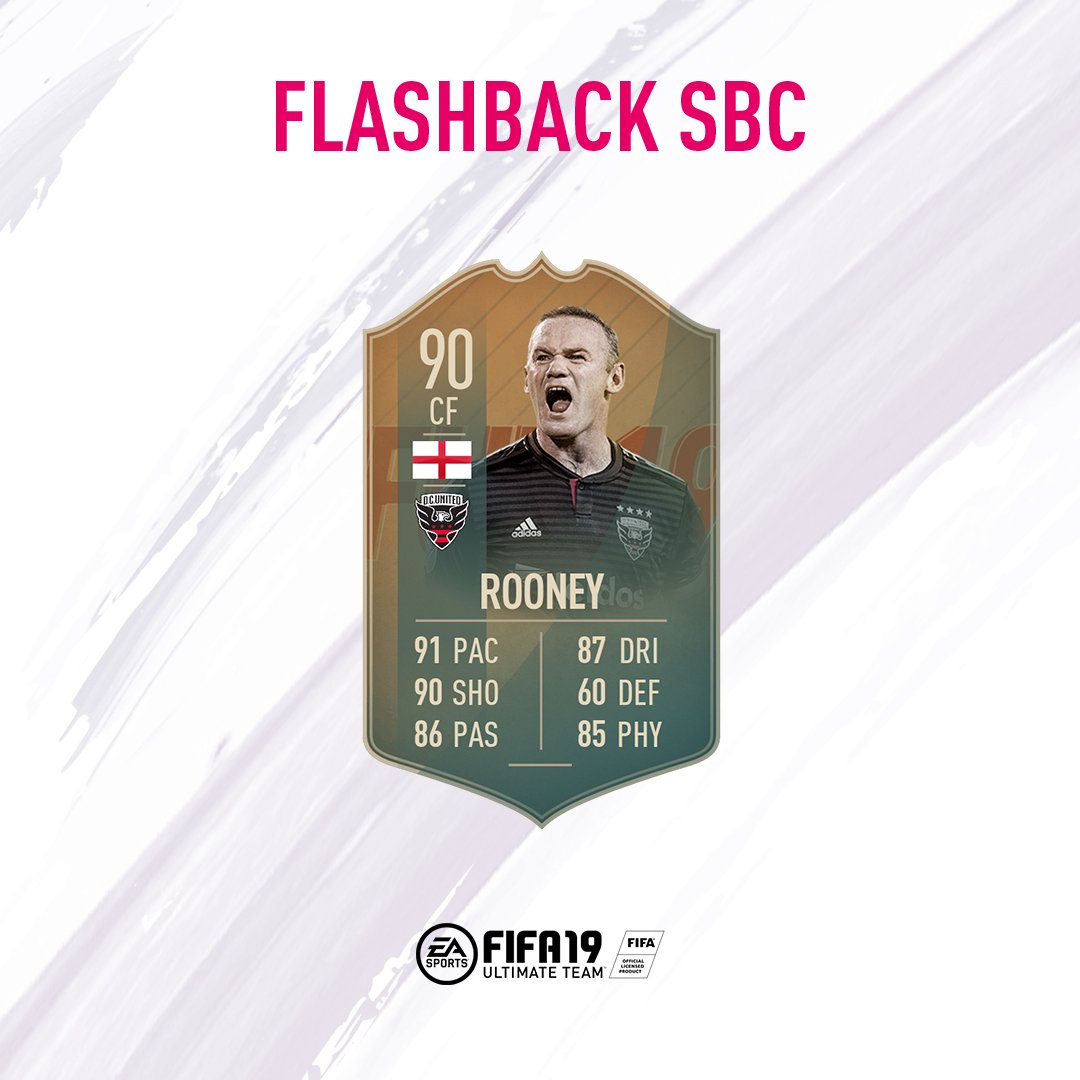 How to Complete Flashback Rooney SBC in FIFA 19

Hot on the heels of Flashback Ibrahimovic, who’s now become one of the most used cards in the game, and continuing the Future Stars Promo, Flashback Rooney has been released. Here’s everything you need to know about how to complete Flashback Rooney SBC in FIFA 19.

This one is thankfully pretty easy. With few requirements, you can essentially pick any league you want and build a squad from it, adding the extra Everton player in at the end wherever you’d like.

Everton players aren’t the highest rated, so you’ll likely have to overpay for the likes of Jordan Pickford, but they’ll fit in anywhere due to the chemistry requirement being only 80.

There’s not a lot to say about this one aside from put together an 85-rated squad using whichever players you’d like.

This one isn’t much harder either, it’ll just be very expensive. Expect to spend 200k plus on this one SBC.

However, you can once again do pretty much whatever you’d like. Manchester United players that’ll be useful include Anthony Martial and Nemanja Matic. However, them and the in-form you need can fit in anywhere you’d like.

If you go for a Premier League squad to make it easier for yourself, the likes of Ederson, Jan Vertonghen, Toby Alderweireld, Vincent Kompany, Mesut Ozil, or even higher rated players like David Silva would be helpful due to their rating.

You could then use a current TOTW player, such as Laurent Koscielny, because he should stay around the 25/30k mark as he’s being packed frequently.

That’s everything you need to know about how to complete Flashback Rooney SBC in FIFA 19. For more tips and tricks on the game, check out our FIFA 19 wiki guide.