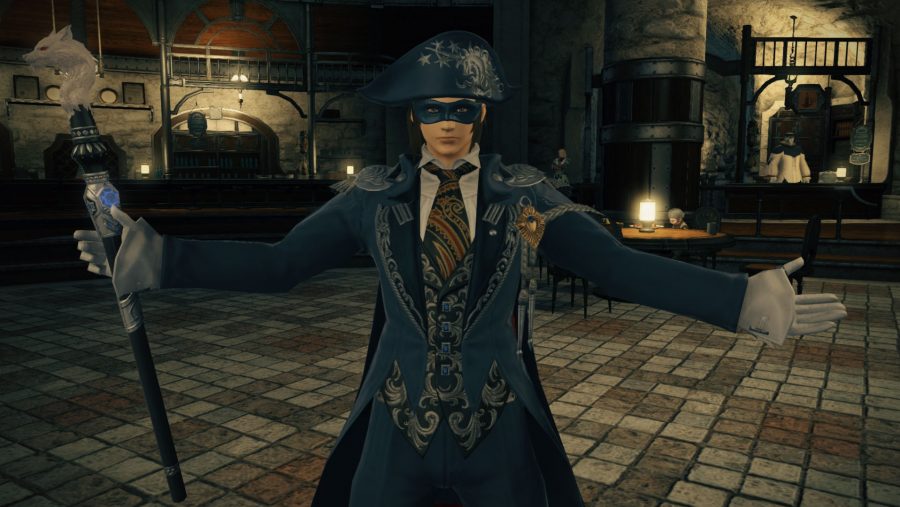 How to Learn Mighty Guard as a Blue Mage in FFXIV

As promised, the new limited Blue Mage job is finally available in Final Fantasy XIV. While the class is currently capped at 50, and you can’t take it through your duty roulettes, there’s still a ton of fun to be had by learning new spells and going through the BLU quest line. Here’s how you can learn the Mighty Guard spell in FFXIV.

Unlike most other spells which have to be learned by killing specific enemies in the game, Mighty Guard is one of the few skills that the game will give you as part of the Blue Mage quest line.

In order to learn Mighty Guard in FFXIV, you’ll first need to acquire 10 other spells as a Blue Mage in the game.

Once you’ve learned 10 different spells, head back to the Steps of Thal in Ul’Dah and talk to Wayward Gaheel Ja, the NPC near Martyn, who gives you most of your job-related quests. Upon learning 10 spells and interacting with him, you’ll receive the Mighty Guard spell as a reward.

Along with 1000 Needles, this is one of the more useful early game spells you can get as a Blue Mage in FFXIV. It essentially turns you into a bit of a tank as it reduces the amount of damage you take but also decreases your damage dealt and increases your enmity generated.

If you’re part of a party and you’re trying to take the heat off your party members, this would be a good spell to pop.

Even if you’re playing through the game solo, Mighty Guard is still a good spell to have if you ever need to increase your defense in a hurry.

And that’s all you need to know about how to get the Mighty Guard spell as a Blue Mage in FFXIV. For more info on patch 4.5, be sure to search for Twinfinite. If you’re looking to clear the new Ghimlyt Dark dungeon or unlock the Orbonne Monastery raid, we’ve got you covered as well.

Question: How do you unlock Mighty Guard as a Blue Mage in FFXIV?

Answer: After learning 10 different spells, talk to Wayward Gaheel Ja in Ul’Dah to unlock it.