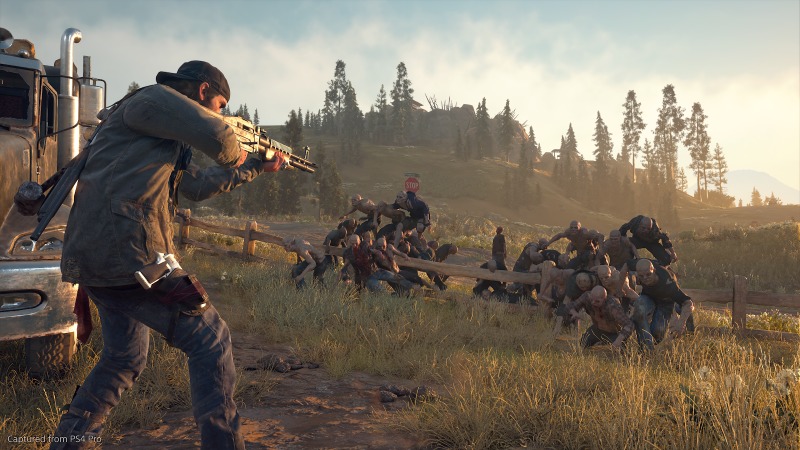 Is Days Gone Coming to Xbox One? What You Need to Know

Developed by Bend Studio, Days Gone is an upcoming third-person action game with a zombified post-apocalyptic setting. The game’s been delayed a couple of times now, but it looks like it might finally get officially released in 2019. If you’re wondering whether Days Gone is coming to Xbox One, well we might have some bad news for you.

To put things simply, no, Days Gone is not coming to Xbox One. The game was announced as a PS4 exclusive, which shouldn’t really come as a surprise, considering the fact that it’s being developed by one of Sony’s first-party studios.

Just like the rest of Sony’s first-party exclusives like Bloodborne, Uncharted, and Spider-Man, Days Gone will likely remain a PS4 exclusive for the foreseeable future, and will not make it to any other platforms.

Bend Studio is probably best known for developing the spin-off Uncharted game for the PS Vita, titled Uncharted: Golden Abyss. It was one of the earlier games that really showcased the power of the PS Vita, and its potential to run some seriously heavy duty games with such a small piece of hardware.

From what we’ve seen of Days Gone so far, it’s obviously a much more ambitious project than Golden Abyss, and it might very well cement Bend Studio’s position among Sony’s more prominent first-party studios like Naughty Dog and Guerilla Games.

Aside from a handful of trailers and some gameplay videos, we still don’t know all that much about Days Gone just yet, and what the story or core gameplay elements will be like.

For now, though, if you’re hoping to check out the game when it releases this year, the only way to do that is by getting a PS4 for it, as Days Gone will not be coming to Xbox One. Of course, if that ever changes, we’ll update this article to reflect that information, but don’t hold your breath.

That’s all you need to know about whether Days Gone is coming to Xbox One. Be sure to search for Twinfinite for more Days Gone-related content. The game is set to be released for PS4 on April 26, 2019.

Question: Is Days Gone coming to Xbox One?

Answer: No, and it probably never will.