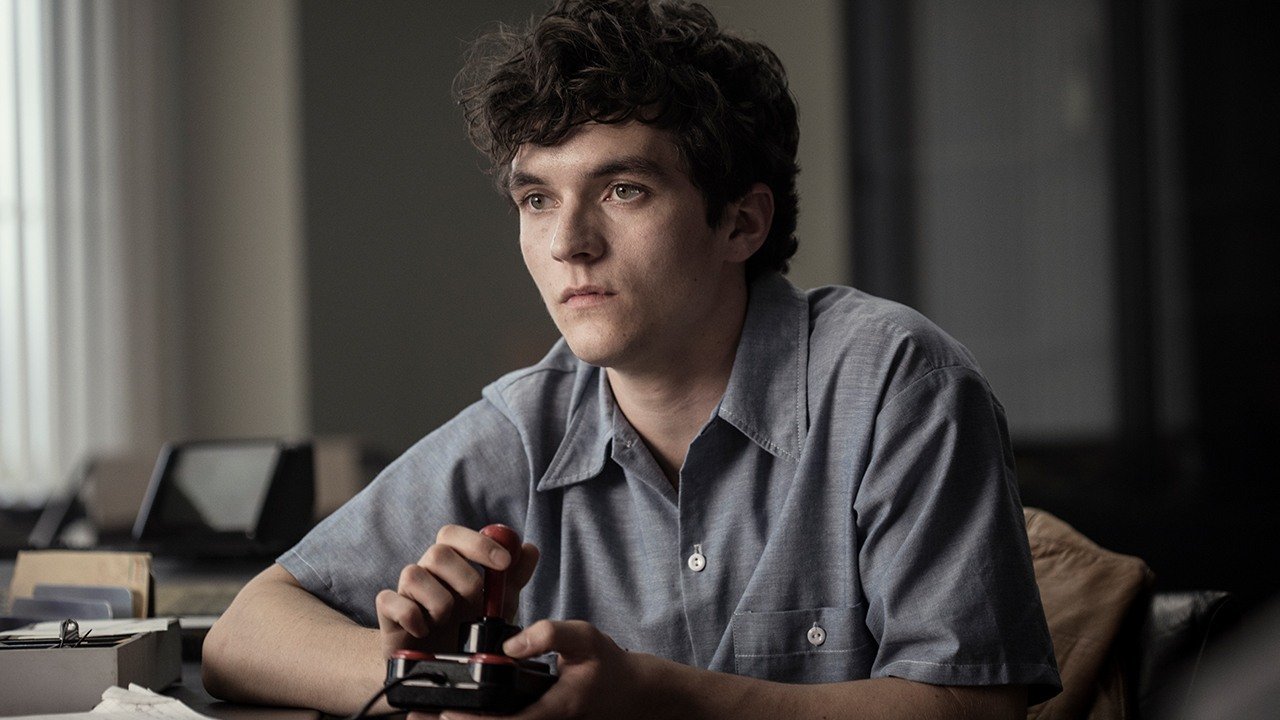 How to Get All Endings in Black Mirror Bandersnatch

As such, Black Mirror Bandersnatch features multiple different endings. While there is plenty of start over endings, which will be mentioned throughout the sections below, there are six main endings for this choose-your-own-adventure special.

The first ending for Black Mirror Bandersnatch is possible to attain just 10 minutes into the show. This comes when the show’s protagonist, Stefan Butler, is offered a deal by the owner of Tuckersoft, Mohan Thakur, to publish his game.

You are either presented with the option to either accept or deny the offer. If he accepts, the game is made in time for Christmas.

The problem with this is that due to the lack of time to make it, Bandersnatch is rushed to production, receiving zero stars from the tv show Micro Play. Stefan is upset, stating he should try again.

This ending shows what happens when you give up creativity for the sake of getting the game created. Plenty of small decisions are made leading up to this as well, including cereal and music preferences.

When you refuse to make the game at Tuckersoft, Stefan will state that he just needs to make Bandersnatch his way. Tuckersoft will still publish it, but the young programmer works on the game himself from home.

This choice results in considerable stress while programming alone in his room. When his dad comes in one day, the strain boils over, making you either throw tea over the computer or yell at him.

Throwing tea results in another game over in Black Mirror Bandersnatch, while yelling at dad prompts a visit to the therapist. When you arrive at “lunch,” aka the therapist, Stefan can visit Dr. Haynes or follow Colin, the Tuckersoft programmer.

Following Colin results in visiting his home. While at Colin’s house, you’ll take LSD, either willingly or by being drugged.

After a psychedelic trip and a lot of conspiracy theory notions from Colin, you’ll both head out onto the balcony. Since “nothing we do matter” according to Colin, he says that one of you should jump in order to prove that notion.

If you choose to jump over the edge instead of Colin, the camera will turn to a first-person perspective, following from Stefan’s point-of-view as he falls toward the ground and dies. The tragic accident results in no rating for Bandersnatch.

If you decide to go to visit Dr. Haynes instead of following Colin, you talk about the feelings you’ve been experiencing. Stefan states that it feels like outside forces are making him do things and that something as simple as biting his nails or pulling his earlobe isn’t even within his control.

Dr. Haynes prescribes more medication following their talk, doubling Stefan’s dosage. When given the option to take or flush the pills at home, choosing to use the medication kills your creativity.

As a result, the game is out in time for Christmas, but only receives two stars because it was like the creator was on “autopilot.”

What is Netflix? (No rating)

Choosing to flush the pills, or throw them away after watching Colin jumps, results in the most entertaining ending in Black Mirror Bandersnatch.

After flushing the pills, another situation arises where you can destroy the computer. Just like before, doing so will end the game immediately.

If Stefan simply hits his desk though, the possible path to realizing what is happening will be available.

A chain of events will occur that leads Stefan to yell at the computer to give him a sign. You can choose a symbol – the one from the White Bear episode – or one that simply says Netflix.

Choosing Netflix results in a Meta conversation about how you are watching him on Netflix. Regardless of whether you go into detail about what the platform is, Stefan once again gets taken to Dr. Haynes.

Instead of a usual session, the doctor asks you why you chose the boring ending, asking if we should add more action. Your choice to this confusing question is “Yes” or “Fuck Yeah.”

If you choose to jump through the window for the next choice, Stefan is stopped by a Black Mirror crew member. She states this isn’t part of the script and that this is where the action scene is instead.

That action scene occurs when you decide to Fight the Therapist with the previous choice. After a fierce back and forth with Dr. Haynes, trading punches and throwing each other around the room, Stefan’s dad joins the fight.

Another back and forth results in you being pinned up against the wall. Punching your dad in the balls or karate chopping him both leads to Stefan being pulled out of the office by his father, screaming someone from the future has been talking to him.

This secret ending is obtainable a few ways, but mostly after you fail multiple times throughout Black Mirror Bandersnatch. The easiest way to come about this ending though is to pick up the book instead of the family photo when prompted.

Picking up the book triggers a dream-like sequence where Stefan walks to the locked room his father can be seen coming out of a lot throughout the movie. A three-digit passcode safe can be found in the room.

When given the option, choose TOY as the password. Doing so will lead to a chain of events where Stefan goes back in time and places the bunny rabbit toy under his bed.

Since he has the bunny rabbit, he no longer needs to say no to his mother when she asks if he is coming. Saying yes will still result in the train being late, but will make it so that a young Stefan will also be on it when his mother is killed.

After the implied scene where the train still crashes, you’ll see the gifted young programmer pronounced dead in Dr. Haynes’ office. Both the Therapist and Stefan’s father are confused and distraught, as he died amidst the therapy session.

It seems this ending can also be triggered by picking up the family photo as well, as long as you replay it after unlocking the rabbit story. Also, putting in the wrong password for the safe, JFD or PAX, results in two different jump scare endings.

Bandersnatch (5 out of 5 stars)

The final ending for Black Mirror Bandersnatch embodies everything that inspired the video game Stefan is creating. There are a couple of different ways to unlock this one, but it can be done on the first try if you went to Collin’s house and he jumped.

When Stefan is once again given the option to take the double dose of pills, flush them or throw them away. Hit your desk and choose the book.

Once at the safe, an option to put in the password of PAC is presented. This stands for Program and Control, a mind control-like theory Colin talks about when you visit his house.

This leads to a dream sequence where it looks like Stefan’s life has all been apart of a controlled experiment. His dad walks in and says he never wanted him to find out.

After hitting him, Stefan wakes up. The give me a sign sequence once again occurs, with the option to pick PACS this time.

Doing so will lead to Stefan killing his father because of the controlled dream sequence that occurred earlier. Choosing to chop up his father – like Jerome F. Davies did to his wife – allows the young programmer to finally be able to focus and finish Bandersnatch.

Next, he visits Dr. Haynes. When questioned as to where his father is, Stefan either says he is on holiday or that he figured out he needed to make fewer options in the game and make more decisions for the player while letting them think they had free will.

Bandersnatch gets a raving, five-star review from the game critic soon after. After jumping to the present day, it is revealed on the news that the police found out Stefan murdered his father and the game was pulled from shelves, with all copies pulled.

During the news report, an interview with Colin’s daughter, Pearl, occurs. She states she found the game hidden in a crate and is rebooting it for a streaming platform.

Pearl is then seen mapping a branching decision tree. These paths represent Stefan’s real-life journey and the decisions that can be made throughout the show.

While she is watching footage of Stefan waking up in bed, the screen scrambles with the White Bear symbol. You’re given the choice to throw tea over the computer or destroy it.

Each choice triggers a cut to black.

That is everything you need to know about how to get every ending in Black Mirror Bandersnatch. For more information and helpful guides be sure to check back to Twinfinite.