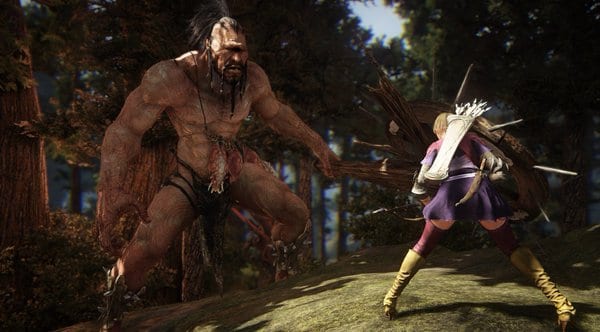 Black Desert Online’s sprawling medieval fantasy world has been captivating a substantial MMORPG community for years on PC, and now the game is headed to consoles for the first time. But is Black Desert Online coming to PS4? We’ve got the answers.

[UPDATE]: As announced on June 11, Black Desert Online is coming to PS4 July 2.

Black Desert Online is an action-orientated MMO in which you choose from various classes, including rangers, a sorceress and a ninja.

The game is set in a gorgeously detailed world that has really raised the bar for the genre, both in terms of aesthetic and gameplay.

The awesome battle-system, with combos more reminiscent of a fighting game than an MMO, is seriously good fun.

Little surprise, then, that PS4 players have been enviously looking on as the Xbox One version of the game has been confirmed for a March 4, 2019 release.

So what of the PS4 version? Well, it sounds as though it is coming… eventually, but we can’t say for certain.

Official word has more or less been given, although perhaps unintentionally. During an interview, director of the game, Kim Dae-il, said:

“As for Black Desert on other game platforms, the current mobile phone MMO works have developed a lot of content, this is the same with the ” black desert ” has the same world view, but the content of some works, PS4, Xbox One version will be the same game as the computer-based online game”

So there you have it, a slightly dicey Google-translated interview, but “PS4” is universally understood terminology that can’t really be mistranslated.

The PS4 seems to be in the mix, but we’ll have to wait for some more concrete information to say for certain. If the game’s Xbox One timed-exclusivity is anything like the sort we saw for PUBG, you can probably expect the game sometime early 2020.

That’s all the information we have about whether Black Desert Online is coming to PS4. Search Twinfinite for more useful information on the game.

Answer: We believe there is a PS4 version coming, based on a recent interview with the game’s director, but no official word has been given.