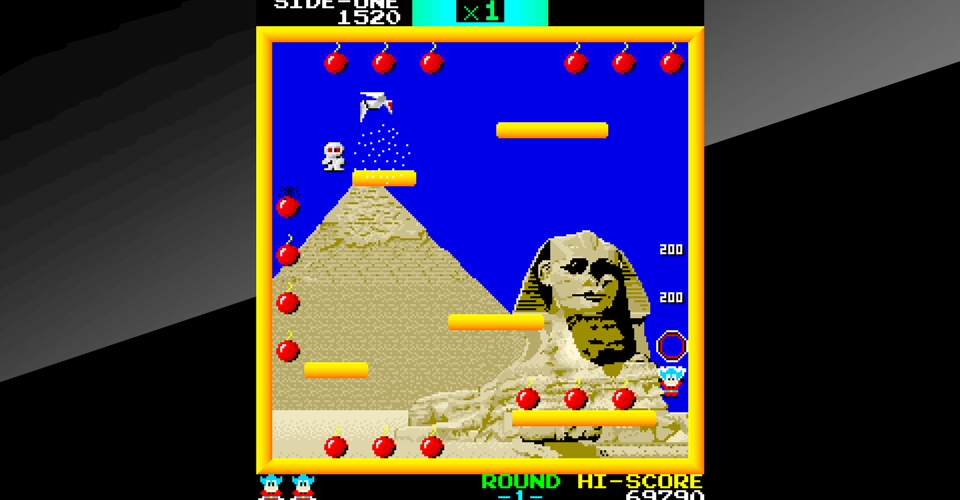 The classic arcade platformer Bomb Jack is making a return to the Nintendo Switch this week as part of the Arcade Archives series.

Bomb Jack was originally released in 1984 by Tehkan, known today as Tecmo. The main character, Jack, is tasked with collecting all red bombs on each of the five screens. Antagonists include birds, mummies, and all sorts of other creatures that morph into flying objects upon touching the bottom of the stage. Running into them will cause Jack to lose a life.

Arcade Archives is a series of re-releases of arcade games by Japanese publisher Hamster. Satoshi Hamada, CEO of Hamster, is looking to put 800 retro titles on the eShop for Switch under this series. Some of the existing Arcade Archives games available on Switch include Punch-Out!!, Excitebike, Renegade, Sky Skipper, Ikki, 10-Yard Fight, and Ninja-Kid.

Archive Archives Bomb Jack will release on Jan. 24 on the Nintendo eShop for Switch for $7.99. You can find more details, including a game manual, on the official Hamster Co. website.