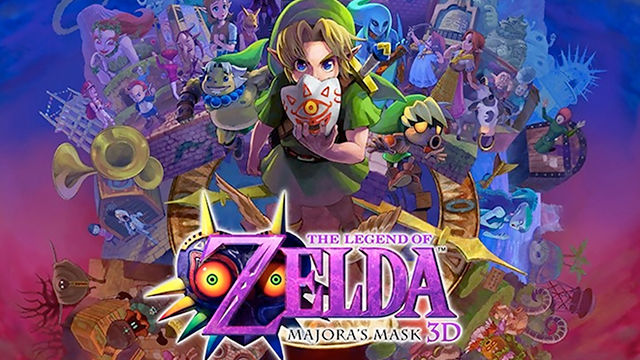 Soon to be released are a group of 3DS games joining the ranks of the Nintendo Selects library, these titles being Super Mario Maker, The Legend of Zelda: Majora’s Mask 3D and Starfox 64 3D, all at the marked-down price of $19.99 each.

Launched in 2016, the Nintendo Selects range has seen a steady flow of 3DS titles, the last update bringing The Legend of Zelda: A Link Between Worlds, Super Mario 3D Land and Ultimate NES Remix.

The purpose of Nintendo Selects games is to highlight the best titles on the system; the beloved time-bending of Majora’s Mask, the perilous barrel rolls of Starfox and the madcap level inventions offered by Super Mario Maker being worthy titles in anyone’s gaming library.

With the roaring success of the famously portable Switch, it might start getting easier to forget about the handheld 3DS, despite the epic list of games still launching this year.

Whilst the 3DS might slowly be shuffling its way out of the limelight, the latest discounted range of titles are perfect examples of why we shouldn’t forget Nintendo’s original handheld.