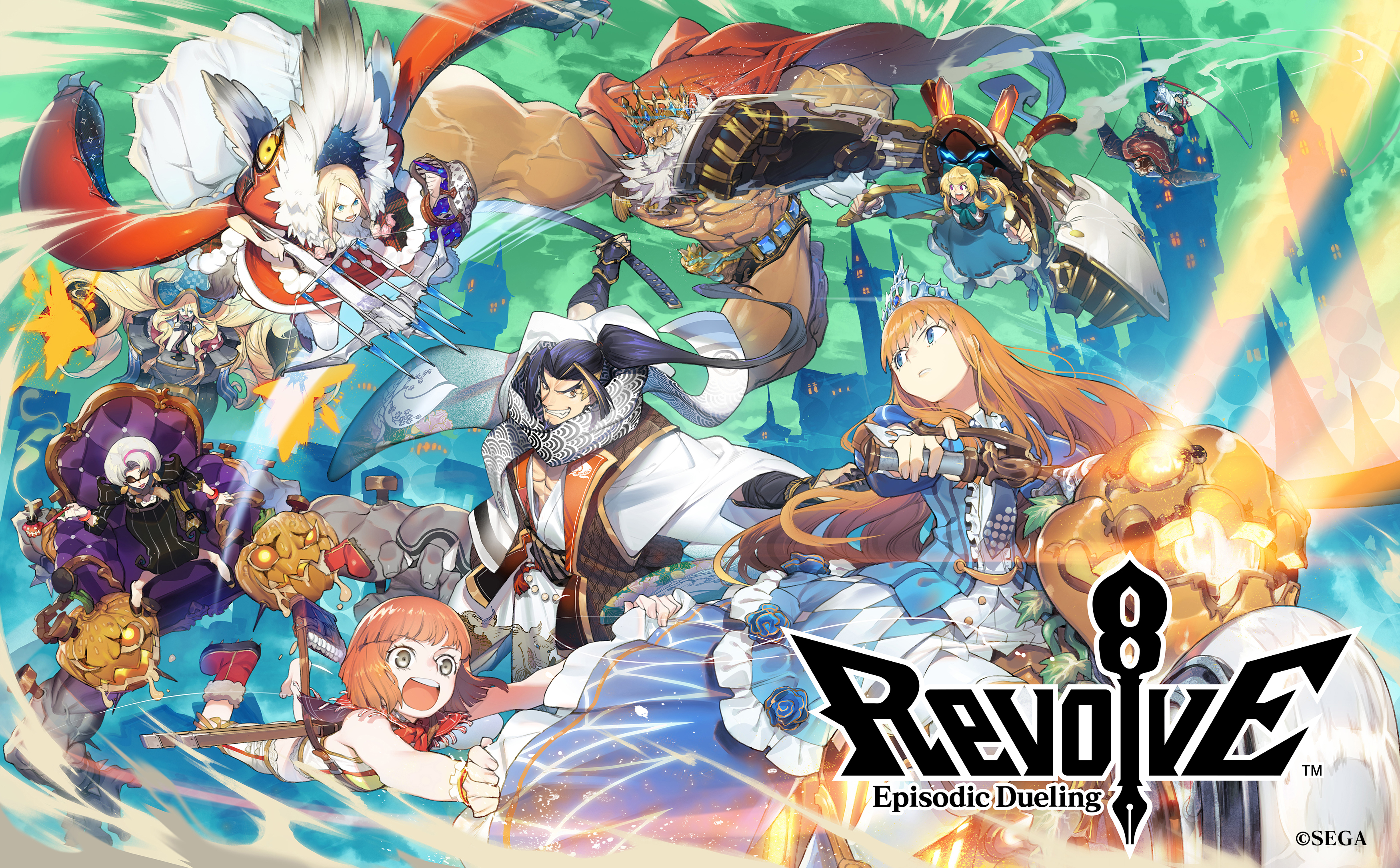 Revolve8 is a new real-time strategy game from SEGA headed by a star-studded team with lustrous talents, featuring Koji Igarashi of Igavania/Metroidvania fame, the Producer of the Yakuza series and the Director of Jet Set Radio Masayoshi Kikuchi, alongside artist Ryota-H. The good news is that it’s coming west.

Featuring character designs by Igarashi himself, the game is set in the world of Imago, a realm filled with weaponized characters from fairy tales, fables, and folklore. Once a century, war breaks out giving the host of iconic characters both eastern and western, from Cinderella to Momotaro, a chance to rewrite their stories.

Heading into battle you keep a deck of eight cards, each with strengths and weaknesses as you lay waste on your enemy’s towers. With only three minutes to do so, your card deck and the skills of your Heroes lie as your building blocks to victory.

Cards come in four types: Heroes, Minions, Buildings, and Magic. You can build different types of deck to suit your playstyle, with the game slotting yours into one of three to aid your strategies – Assault, Siege, and Counter.

Whether you like to get close and personal, attack from afar or truly believe the best offense is a great defense, Revolver8 has you covered.

Each of the game’s Iga-ised reimaginings of classic characters has access to both a Normal Skill and an SP Skill. So Heroes like social media obsessed, ever-so-millennial Red Riding Hood can use the former once every 30 seconds and the latter once a match. They’re the keys to turning the tide of battle.

Very different from true Igavania Bloodstained: Ritual of the Night, potential players who pre-register on either IOS or Android devices gain access to not only 1,000 in-game Gold, but also a growing list of Heroes as a reward, featuring:

The game launches in Japan on January 22 and globally February 5.