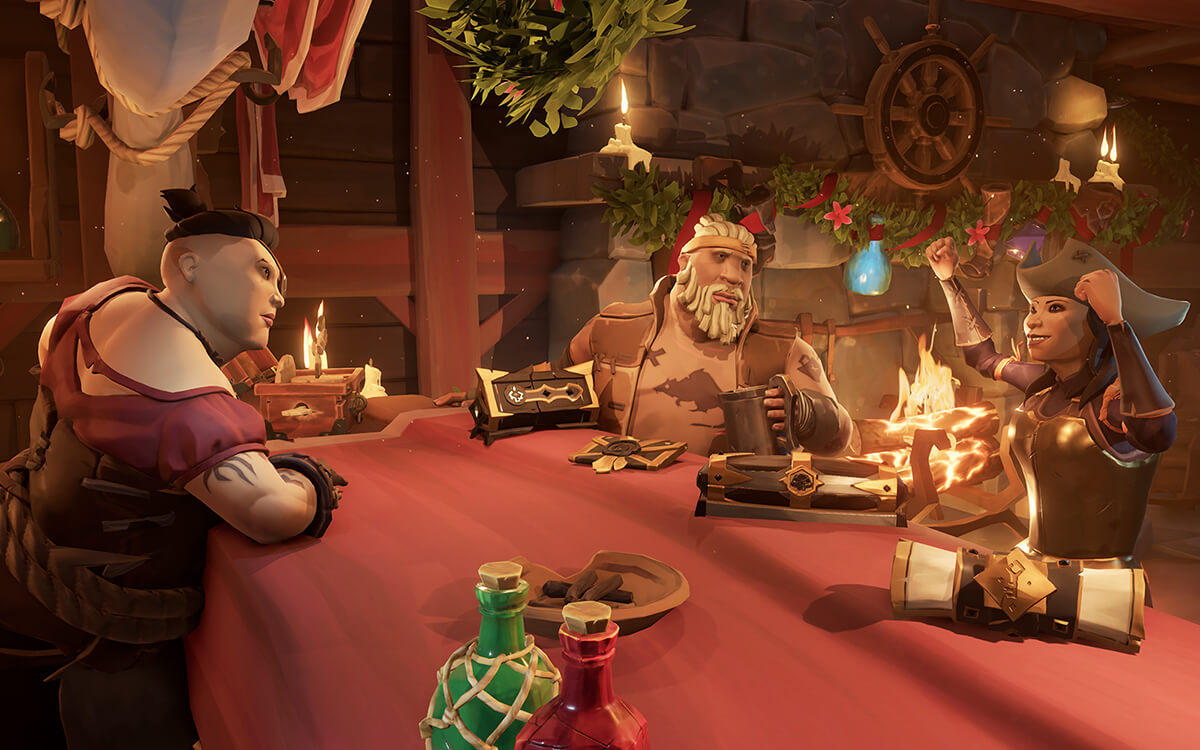 Tons of games are celebrating the holiday season this month by hosting cool festive-themed events, and introducing new activities for players to engage in. Rare is getting in on the holiday action as well with a new update for Sea of Thieves.

When players log in, they’ll be able to take on a Gilded Voyage, which will reward them with tons of rewards that will help them rank up in the faction that’s aligned with that specific voyage. For instance, a Gilded Voyage for the Order of Souls will reward you with skulls to help you rank up quickly with that faction. This is especially useful for players who have yet to reach Pirate Legend status, and need a boost to the ongoing grind.

On the other hand, Pirate Legend players can also take a Gilded Voyage for the end game Athena faction, and rank that up instead. Do note that you can only take on one Gilded Voyage, so choose carefully.

This latest update is also packed with several other gameplay improvements and tweaks. You can check out the full list here.

Since the game’s launch at the start of the year, Rare has been adding on more free content to Sea of Thieves to increase the number of activities that PvE-oriented players can participate in. The game is now available on Xbox One and PC.