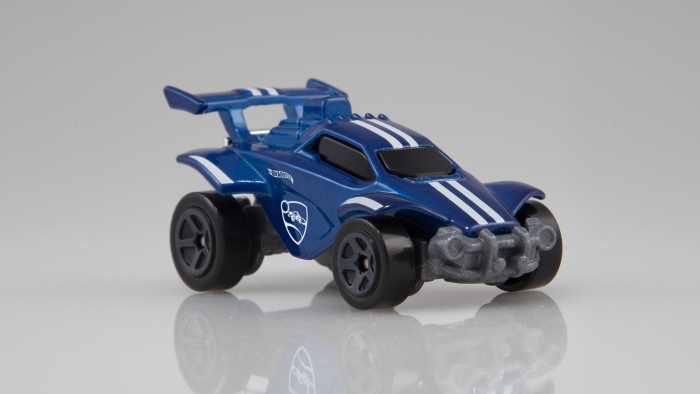 Rocket League will be getting its own official Hot Wheels die-cast car in late December, developer Psyonix announced.

The Octane Battle-Car will be the first Rocket League car to receive the Hot Wheels treatment and be sold wherever Hot Wheels toys are sold in North and Latin America, Europe, and Asia. The 1:64 scale die-cast car will retail for $1.09 and come in blue later this month with an orange version coming in 2019.

According to the announcement, here are some of the retailers that the Hot Wheels Octane car can be picked up from:

Rocket League studio Psyonix and Hot Wheels have collaborated in the past on both in-game content and physical toys. Psyonix released several Hot Wheels-themed battle-cars and cosmetics in 2017 and last September to celebrate the brand’s 50th anniversary, while Hot Wheels released a physical RC car set mimicking the game with an arena, two goals, and cars that can be controlled with a smartphone.

Psyonix also partnered with Zag Toys earlier this year to bring a set of Rocket League Mini Pull-Back Racers to toy shelves. The racers had contained codes for in-game cosmetics and cars.