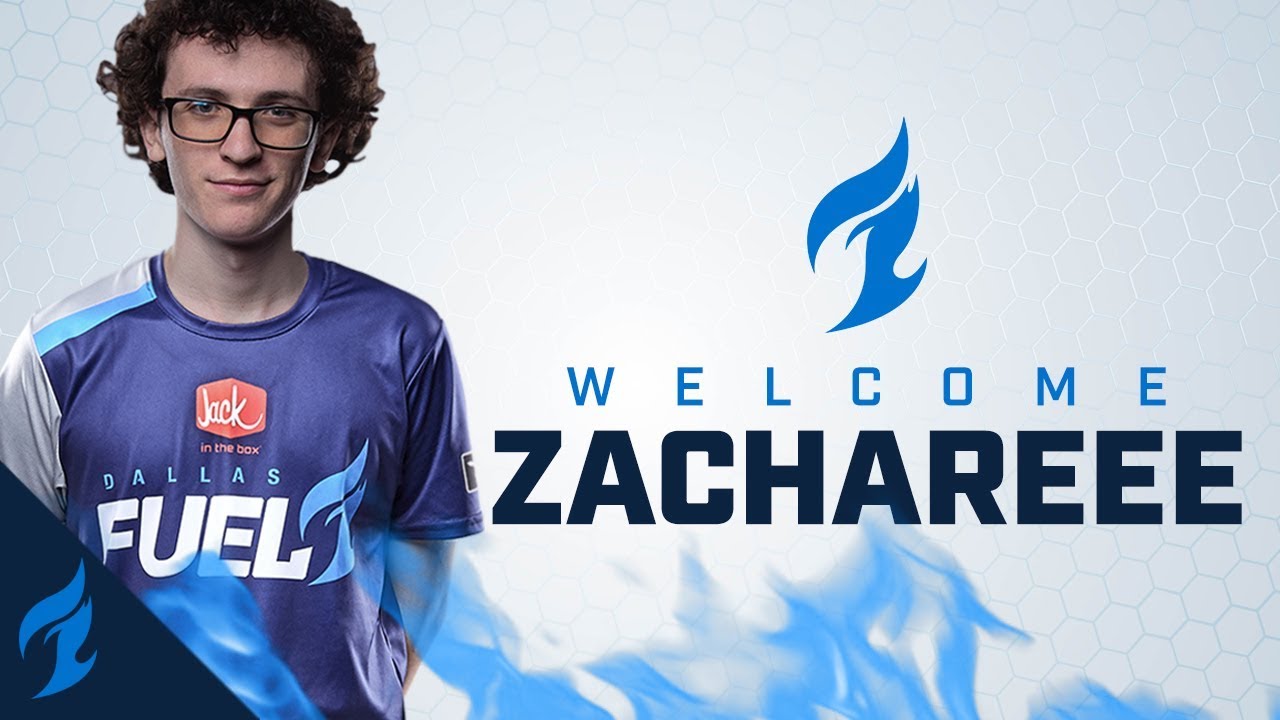 Anyone who followed the inaugural season of the Overwatch League knows that the Dallas Fuel didn’t do too well until Stage 4. Since then, the Fuel has dropped xQc, their main tank player, and brought on OGE to replace him. After the season ended, off-tank/flex DPS player Seagull also left the team to return to focusing on his stream.

For the upcoming season, Dallas Fuel is hoping to turn things around by bringing on Zachary Lombardo, more commonly known as ZachaREEE in the Overwatch competitive scene.

‘“Adding a player with that could play projectile and have flexibility for across heroes was a major priority for us heading into season two,” said Mat Taylor, general manager of the Dallas Fuel. “Through scrims with our current roster, it was evident early on that ZachaREEE would be able to fit that role and mesh well with the team we’ve built for season two.”

Dallas Fuel head coach Aaron “Aero” Atkins said, “I feel very confident in the re-signed roster and the additions of Closer, rCk, ZachaREEE, and the coaching staff this offseason. Zach’s large hero pool and flexibility helps us fill needs heading into 2019. We’re focused now on being the best cohesive unit we can possibly be. There’s a lot to be excited for as a Dallas Fuel fan.”’

Overwatch League will be returning with its second season early next year.