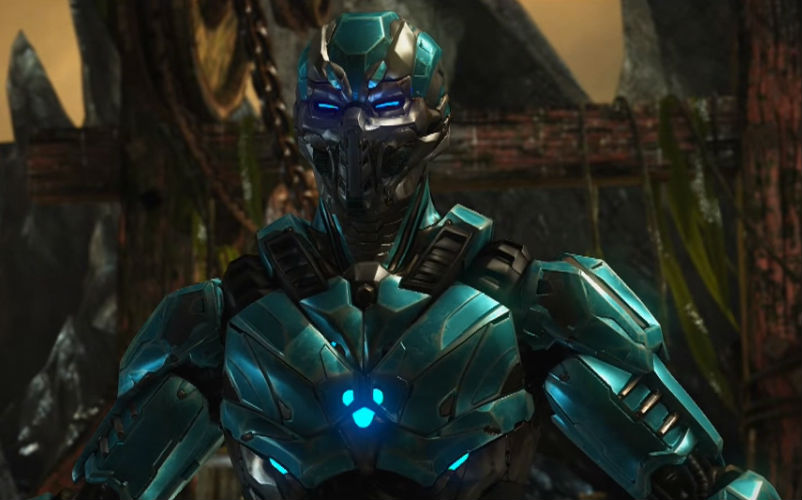 How to Get Cyber Sub-Zero in Mortal Kombat XL

Here is everything you need to know about how to get Cyber Sub-Zero in Mortal Kombat XL.

Of all these characters, Triborg was the most anticipated, as his three main variations – Robot Smoke, Sektor, and Cyrax – fulfilled a lot of requests. The most interesting part about his addition though is that he breaks the usual trend of each character only having three variants assigned to them.

Alongside being able to select Robot Smoke, Sektor, and Cyrax forms with Triborg on the character select screen, there is also a fourth hidden selection. That variant is none other than Cyber Sub-Zero Triborg.

In order to unlock Cyber Sub-Zero Triborg, head to the character selection screen and hover over Triborg. The usual menu will pop up, allowing you to choose between looks you want the character to use.

Instead of choosing one of these, quickly tap Up Up in rapid succession. This will open up a secret menu that has three question marks and Cursor Hidden in parentheses.

Once you’ve made it to the hidden menu, hit triangle and Sub-Zero’s metallic doppelganger appears. Alongside a badass look, this Triborg variant also has a secret brutal fatality, where he freezes his opponent and knocks their head clean off.

That is everything you need to know for how to get Cyber Sub-Zero in Mortal Kombat XL. For helpful guides like this one, check back to Twinfinite for constant updates.

Question: How do you get Cyber Sub-Zero in Mortal Kombat XL?

Answer: Select Triborg on the character selection screen and press Up Up quickly. This brings up a hidden menu. Simply press triangle and the Cyber Sub-Zero Triborg variation will be unlocked.