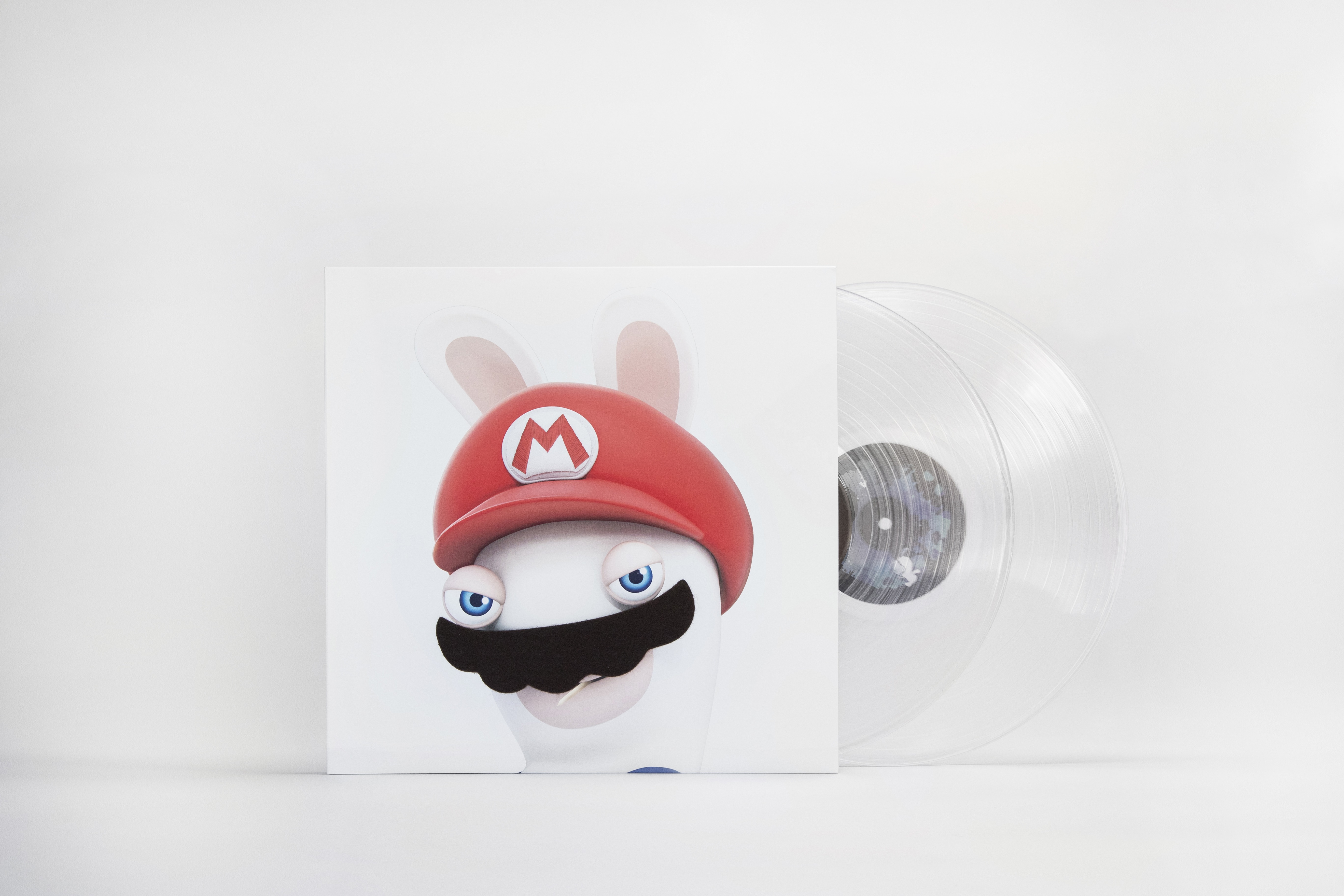 Today, Ubisoft and Nintendo announced that they are releasing a vinyl version of the Mario + Rabbids Kingdom Battle soundtrack. This collection is now available on iam8bit for $40 and includes a fuzzy “Rabbid Mario Mustache” jacket, a paper doll playset, and a digital download of the music from the game.

The soundtrack itself comes on two translucent LPs with art in the center of the records to distinguish each side of disc one and disc two. Inside the fuzzy “Rabbid Mario Mustache” jacket there is also artwork from the Mario + Rabbids Kingdom Battle overworld. Characters included in the paper doll playset are Mario, Luigi, Princess Peach, Yoshi, Bowser Jr., and a variety of Rabbids. Customers who buy the vinyl will receive their digital download shortly after purchase via their iam8bit account email.

iam8bit describes the music featured in the collection as, “an inspired collision of musical cues from the legacy of Super Mario and the equally fantastical world of the riotous Rabbids. Sewn together in sweet – and delightfully irreverent – harmony, the soundtrack to Mario + Rabbids Kingdom Battle is darn cute, playful and enjoyably weird – an expertly crafted cartoon journey, thanks to the king himself, mythic composer Grant Kirkhope.”

Grant Kirkhope is a composer who has worked on soundtracks for popular games like GoldenEye 007, Banjo-Kazooie, and Viva Piñata. Recognition for the quality of Kirkhope’s work has even earned him multiple nominations for BAFTA, ASCAP, and IFMCA awards.

You can take a closer look at the collection on iam8bit. For more information on Mario + Rabbids Kingdom Battle, you can read our review of the game. If you are just getting started in this strategy title, be sure to check out our wiki for the game as well.