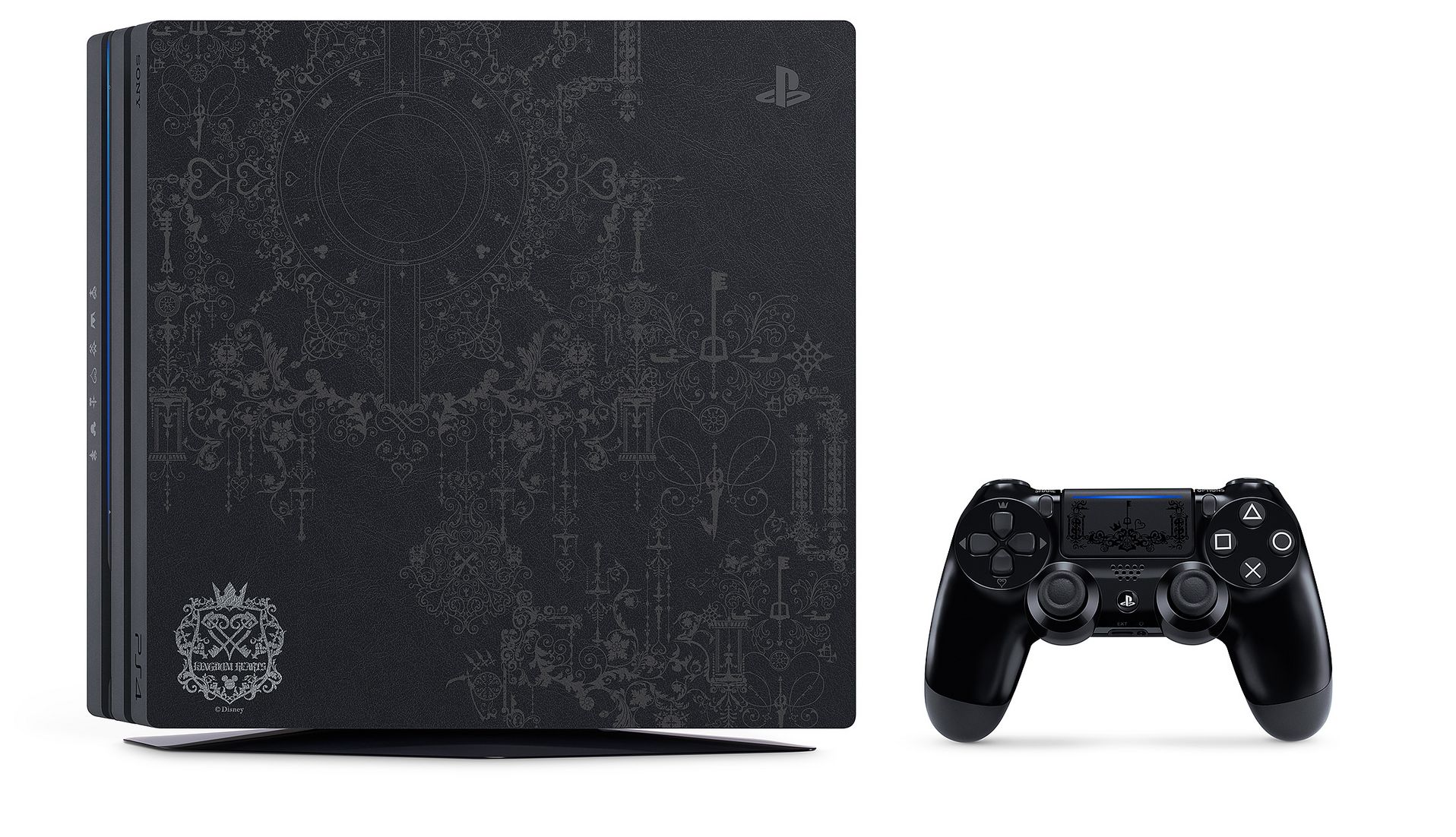 Set for release on Jan. 29, the console comes with a copy of Kingdom Hearts 3 included alongside a 1 TB hard drive. Its design includes key blades and symbols from the series against a black base, with a special Kingdom Hearts crest on the bottom left corner.

The console’s Dualshock 4 controller also comes with special design modifications. Its D-Pad has symbols from the game above the up button and below the down button, while the touch pad is emblazoned with a design similar to the console’s.

Though initially announced during Sony’s 2018 E3 press conference, the console had yet to receive an official release date.

The console marks another of many ways fans can get their hands on Kingdom Hearts 3. Since its release date was confirmed back in June, several different versions of the game have been made available for pre-order.

This includes the standard version of the game available from most any retailer; the Deluxe Limited Edition sold through Square Enix’s store, which sold out in record time; and several other editions exclusive to retailers like Best Buy and GameStop.

Kingdom Hearts 3 has received plenty of new trailers and screen shots in recent months as well, teasing the game’s story and a slew of moments between key characters.

The Kingdom Hearts 3 PS4 Pro is available for pre-order and sale exclusively through GameStop and EB Games in the United States and Canada. Those interested in owning the custom hardware can secure one for themselves for $399.99.

Kingdom Hearts 3 is set for release on Jan. 25, 2019 on PlayStation 4 and Xbox One. For more on the game, check out the latest screen shots released for the title teasing a few of the characters and summons players can find throughout the game.