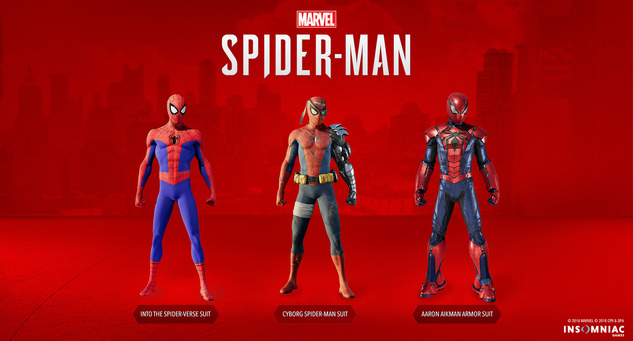 The last of the three promised DLC packs for Marvel’s Spider-Man is now available and with it come a few new suits for everyone’s favorite Web-Head. However, one of these suits has sparked a little controversy among fans. To celebrate the release of Sony’s new animated feature Spider-Man Into the Spider-Verse, Insomniac games has added Peter Parker’s costume from the film. But why was Miles Morales suit not included?

Insomniac responded to one fan via Twitter as to why exactly they chose Peter’s suit over Miles’. The answer is actually remarkably simple. “Why would Peter wear Miles’ suit?”, said Insomniac.

Why would Peter wear Miles’s suit?

Many were quick to point out that the game does feature the option to wear Spider-Man 2099 suits and Scarlet Spider suits. Both of which are getups worn by Spider-Man identities separate from Peter Parker.

The only response that Insomniac could give to this reply was that in their “Universe those characters do not have Spider powers. And Parker builds lots of designs.”

This obviously implies that since Miles Morales exists in the game with Spider powers that it would be weird if Peter were to dress like Miles.

Maybe Insomniac wants to save the suit for the day we might actually get to play as Miles Morales. If so then the wait would most definitely be worth it.

In the meantime, all that’s left to wonder is if this really is the last of the Marvel’s Spider-Man DLC. After all, there are still so many more suits and characters that fans want to see featured in the game. At this time Insomniac has released no plans for any future DLC installments.