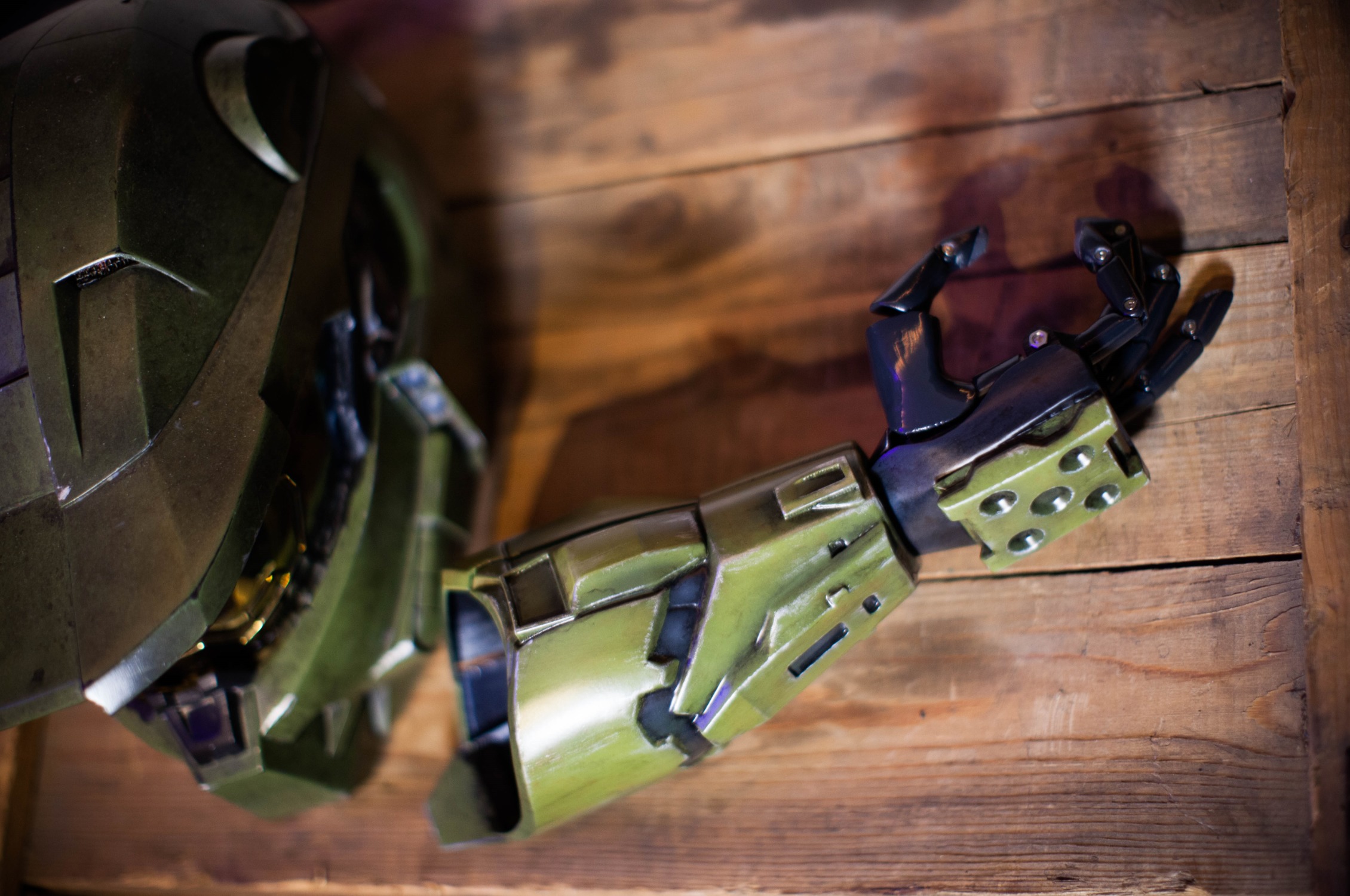 343 Industries, the developers behind the Halo franchise, has announced a new collaboration. In a blog post, the company revealed plans to work with Limbitless Solutions to create prosthetic arms inspired by the popular series.

Limbitless Solutions is a non-profit organization founded in 2014 with the goal of giving prosthetic devices to children at no cost to their family, stating that “We believe that no family should have to pay for their child to receive an arm, so we work with families to provide no-cost solutions.”

Using 3D printing, prosthetics can be created in an affordable manner and allow children to have a number of choices for an arm that matches their style. This isn’t Limbitless Solution’s first partnership with an existing franchise, as the team has previously created an arm inspired by Iron Man.

This collaborative project between the two organizations will give young Halo fans two potential options for a prosthetic arm. The first device is based on the Master Chief himself, and the other is based on the multiplayer armor, which allows for color customization. Both of these options will be available early next year.

In addition to the latest venture with Limbitless Solutions, 343 Industries has been working on Halo Infinite, and the head of the company, Bonnie Ross, will be inducted into the AIAS Hall of Fame early next year.