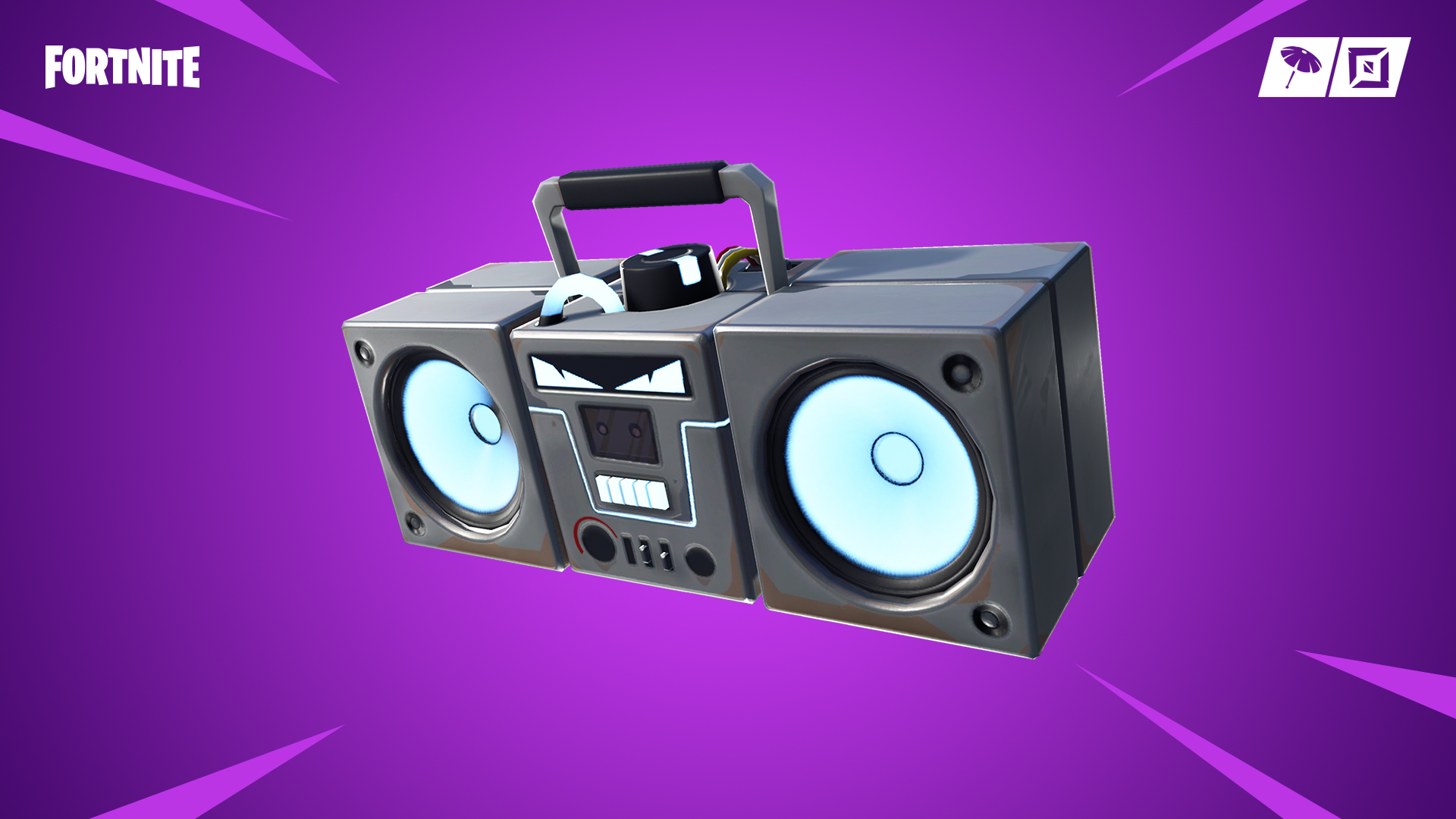 Fortnite has stayed relevant thanks to the constant updates that Epic Games keeps cranking out for the multiplayer phenomenon. The v7.10 update is aiming to keep players on their toes with a new weapon and limited time modes.

The new ‘Boom Box’ weapon will likely add some chaos to the classic Battle Royale formula. It can be activated to unleash a blast of music that will deal damage to any player-built structures within its radius.

That means building the biggest structure and sniping from the top might not be the most viable strategy anymore. Of course, Epic Games has already built-in a counter to this powerful new weapon. Its destruction can be stopped if a player manages to shoot the Boom Box itself.

Other features to be added via the new content update are the new large team modes that will be on a two-day rotation. As well as the small team modes that will change daily. These are apart of the ongoing 14 Days of Fortnite event that has added a multitude of new features and modes for players to enjoy.

For those who are interested in building new landscapes in Fortnite’s creative mode, update v7.10 has something special to offer as well. Eight new ice castle prefabs have been added for players to copy and transform in their very own creative landscapes.

Save the World mode will also be seeing a slew of new updates. Two new weapons have been added. The Pain Train Assault Rifle is now available in the weekly store and the Tree of Light Sword can now be obtained by completing this week’s ‘Frostnite’ challenges.

‘Crackshot Soldier’, the new legendary hero, is now the highly coveted reward that can be obtained during the 14 Days of Fortnite. And finally, a new weekly challenge has been added to test players skills. The ‘Slip Out’ challenge will cause all of the snow and ice terrain to make players slide. Players will have to put their building skills to the test if they want traverse safely in this week’s challenge.