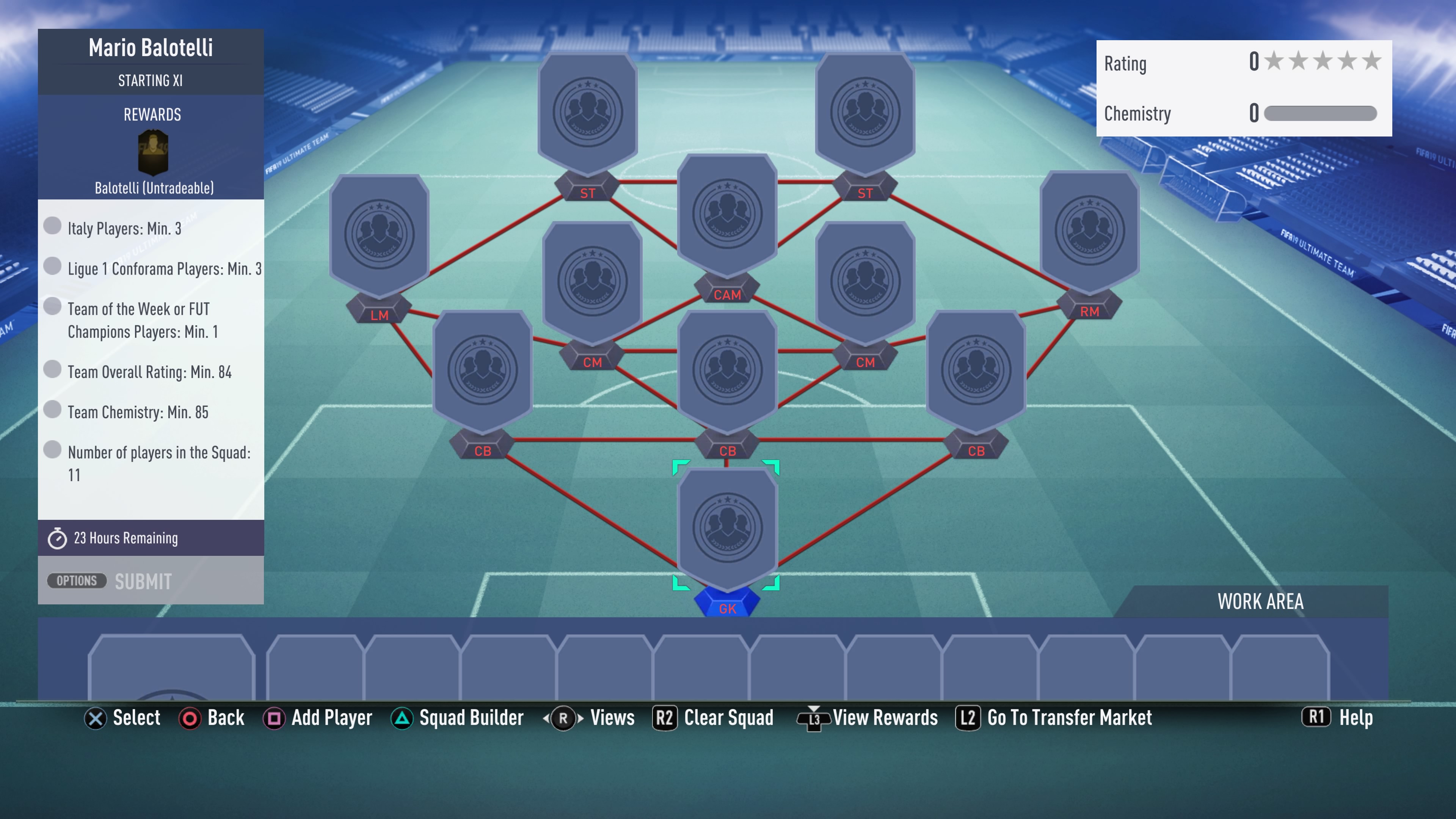 How to Complete Mario Balotelli FUTmas SBC in FIFA 19

FUTmas has finally arrived in FIFA 19 and the fourth set of player SBCs have been released. One of them is Mario Balotelli of Nice, who’s probably someone people will be interested in using. Here’s everything you need to know about how to complete the Mario Balotelli FUTmas SBC so that you can add him to your Ultimate Team.

If you head to the Squad Building Challenges tile on the FIFA 19 single-player screen, you’ll see Mario Balotelli’s item on the Live section of SBCs. Click on his icon and you’ll be able to start putting it together.

At first glance, Balotelli looks good. Good shooting and physical stats and good weak foot/skill moves. However, in classic FUTmas fashion, he has 69 Reactions, which is lower than any striker of his rating should have, and he’s expensive.

You can expect to spend 70k coins or so on this card, from scratch, and it’s not worth it.

If you’re a fan of his though and want to complete it, it’s tougher than other FUTmas SBCs. First of all, you need to pick either you French league or Ligue 1 players. You don’t need players that are both, and avoid them because they’ll be expensive.

If you pick either Italian Serie A players, or Ligue 1 players, and use eight players from either league, you’ll then be able to add the other three in after.

You’ll need an inform here too, so it’d be best to pick either an Italian one or a Ligue 1 one unless you don’t need to for the chemistry. If you go for strong/green links elsewhere, you might not need to. You can use a FUT Champions player, however, to take the price down.

That’s everything you need to know about how to complete the Mario Balotelli FUTmas SBC so that you can add them to your Ultimate Team. For more tips and tricks on the game, be sure to check out our FIFA 19 wiki guide.

Question: How do you complete the Mario Balotelli FUTmas Squad Building Challenge?

Answer: You need to head to the SBC section of FIFA Ultimate Team and complete the squad, using three Italian players, three French league players, and a Team of the Week/FUT Champions player.