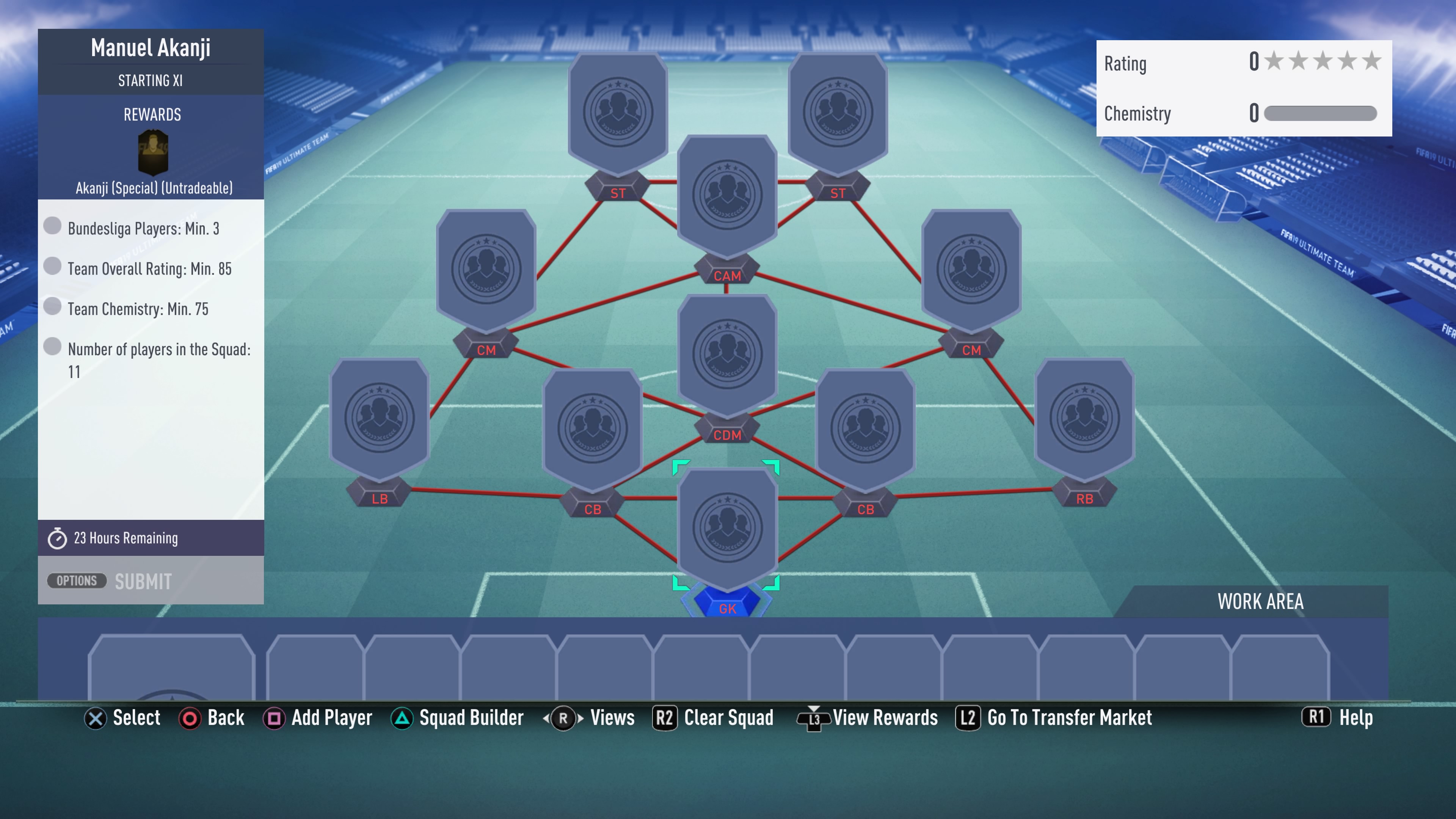 How to Complete Manuel Akanji FUTmas SBC in FIFA 19

FUTmas has finally arrived in FIFA 19 and the fourth set of player SBCs have been released. The stand out is Manuel Akanji of Borussia Dortmund, who’s one of the fastest defenders in the game. Here’s everything you need to know about how to complete the Manuel Akanji FUTmas SBC so that you can add him to your Ultimate Team.

If you head to the Squad Building Challenges tile on the FIFA 19 single-player screen, you’ll see Manuel Akanji’s item on the Live section of SBCs. Click on his icon and you’ll be able to start putting it together.

While this card requires an 85 rated squad, which is far higher than I would have expected, the lack of requirements and lower chemistry barrier gives you lots of option for completing it.

You can pick and league and build a squad, then add the three Bundesliga players in afterward. You’ll still be able to hit 75 chemistry with, say, eight Serie A players and three Bundesliga ones.

You’ll need some pretty high rated players here too. So the likes of Thiago, Sule, and Thomas Muller will be great here. Mats Hummels may even be useful so that you can use low rated players elsewhere.

I wouldn’t recommend doing this SBC, however, because for what will be a squad that’s somewhere around the 80k coins mark, it’s not worth it. He’s only 82 rated, after all.

That’s everything you need to know about how to complete the Manuel Akanji FUTmas SBC so that you can add them to your Ultimate Team. For more tips and tricks on the game, be sure to check out our FIFA 19 wiki guide.

Question: How do you complete the Manuel Akanji FUTmas Squad Building Challenge?

Answer: You need to head to the SBC section of FIFA Ultimate Team and complete the squad, using three Bundesliga players and an 85 rated squad.